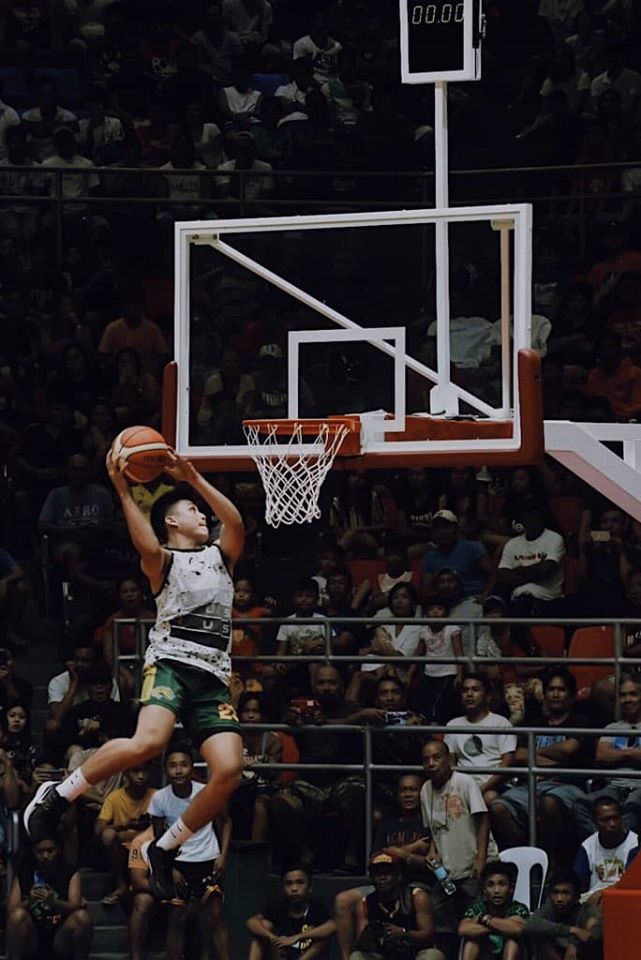 Miguel Gastador completes one of his dunks in Toledo City, Cebu. | photo from Gastador’s Facebook page

Gastador, the 2019 Cesafi’s Slam Dunk King, bested other Cesafi standouts such as Dyll Roncal and John Joseph Evardo of the Southwestern University (SWU)-Phinma Cobras, and Melvin Butohan and Jiezel Tarrosa of the University of the Visayas (UV) Green Lancers, for the crown.

“It was really a great start to my year,” Gastador told CDN Digital via Facebook Messenger.

Gastador said he once again showcased his signature 360-degree dunk during the competition.

We will see more of Gastador’s slam dunks when he participates in another slam-dunk competition on January 25, 2020 at the Cebu Port Authority.

Meanwhile, Gastador said the Jaguars continue to prepare for upcoming games this year.

“Everyday we train so that we will always be ready for any tournament that we will join,” Gastador said. /bmjo