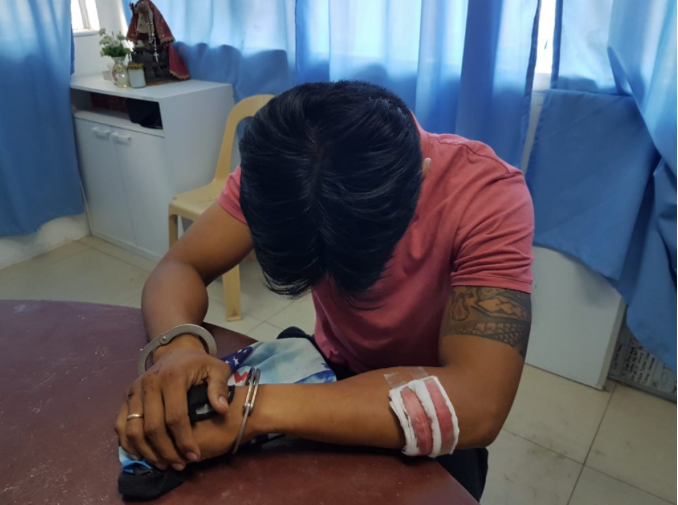 CEBU CITY, Philippines — Aside from the double homicide case that will be filed against the policeman who shot dead his two neighbors, on Saturday, January 11, 2020, he may also be  administratively relieved from his assignment when proven guilty of his actions.

“We will give him the chance to defend himself,” said De Leon.

However, if the fiscal would find probable cause, De Leon said, Alisoso would face both administrative cases and administrative relief from his position.

But if the fiscal would find no probable cause on the action of the policeman, then he might return to his post, but he would still face an administrative case.

Alisoso shot dead the brothers Joel Cabrera, 35 and Jelvis Cabrera 30, who was his neighbors.

The policeman claimed that the brothers allegedly threw stones at his house and attacked him with a bolo and a gun which prompted him to fight back by firing his firearm.

Police also believed that the deadly confrontation and the stoning of the policeman’s house was allegedly caused by the disagreement between the brothers and the policeman on the latter’s piggery business.

Meanwhile, De Leon said that based on the investigation, what Alisoso did was a form of self-defense given that there were “sufficient provocations” before the incident.

But he said they would wait for the fiscal’s decision after the filing of the case./dbs

Read Next
BREAKING: Batangas placed under state of calamity due to Taal Volcano eruption