CEBU CITY, Philippines – One of the country’s telecommunication companies has confirmed that they will be temporarily suspending their mobile phone services in Metro Cebu in line with this weekend’s Sinulog Festival 2020 celebration.

“In the interest of public safety, upon the instructions of the National Telecommunications Commission (NTC), we are temporarily shutting down mobile phone services of Smart, TNT, and Sun in Mandaue, Lapu-Lapu, Uptown & Downtown Cebu City, and nearby areas where Sinulog festivities will take place starting early morning of Saturday, 18 January 2020,” Smart Communications said in an advisory that they released on their official Facebook page on Thursday, January 16.

However, the telecommunication giant did not specify the schedules of the signal shut-off in their statement.

“Services will be restored as soon as we get the go-signal from the authorities. Thank you for your understanding,” the company added.

NTC has issued a memorandum addressed to two of the country’s largest telecommunications company to temporarily suspend mobile services during the Sinulog Festival 2020 celebration this Saturday, January 18, 2020 and Sunday, January 19, 2020. 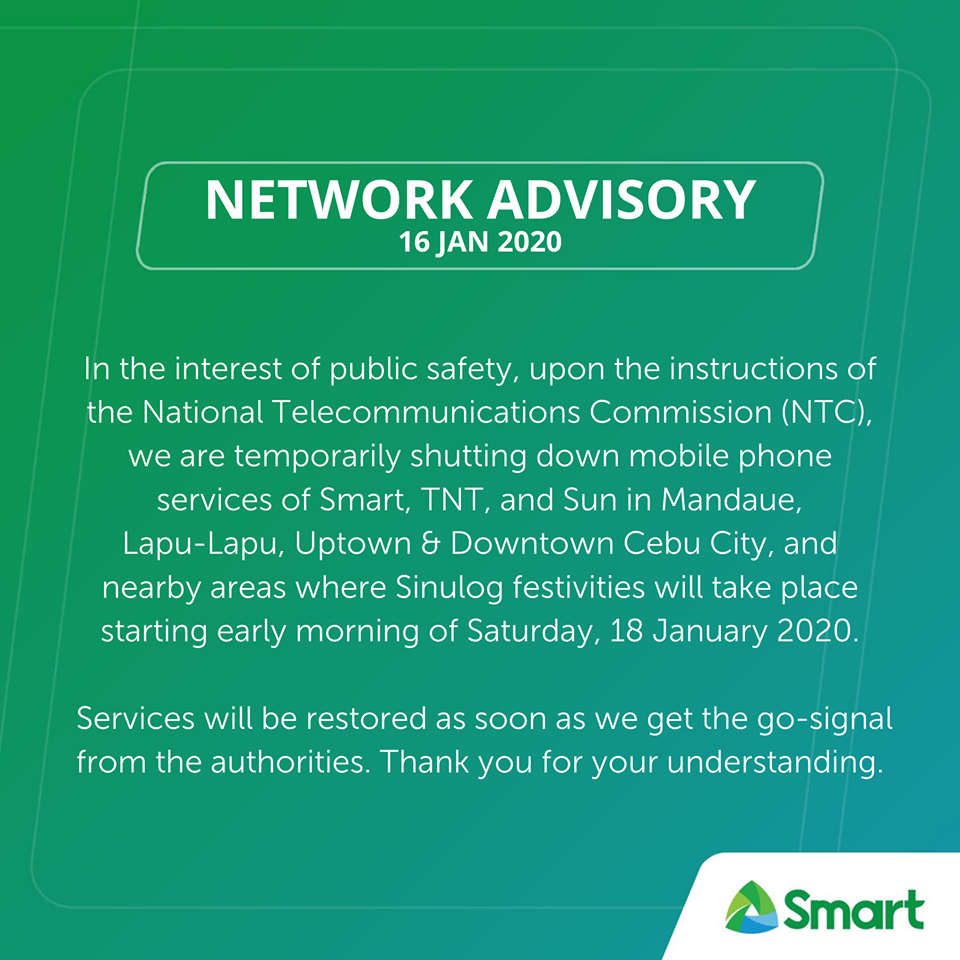 Smart Communications has issued an advisory on January 16, 2020 regarding the decision of the NTC to shut off mobile phone signals for the Sinulog Festival 2020

Read Next
Police to public: Help us identify shooting victim who was dumped in Pit-os