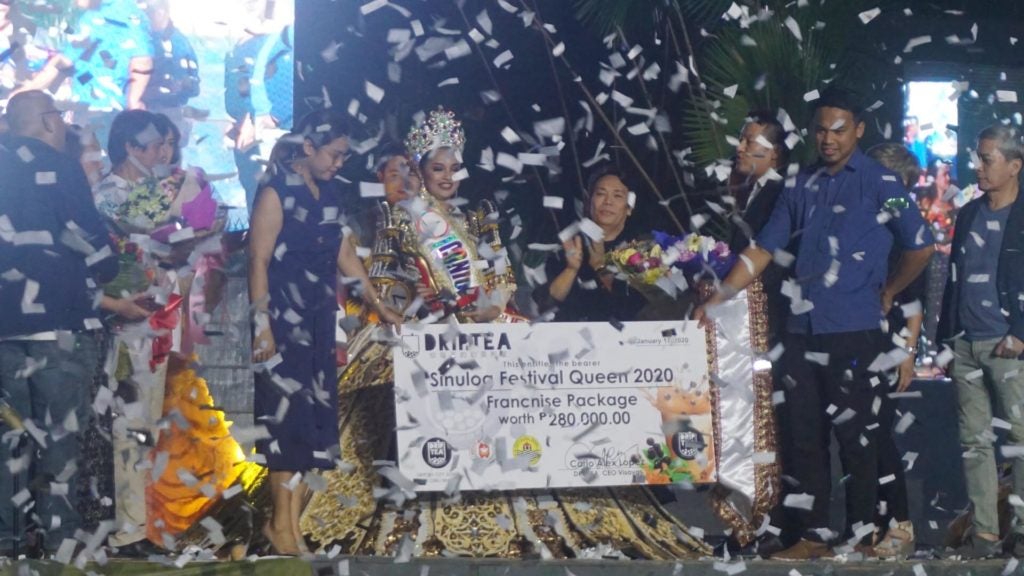 For winning the crown, Afable who is the lead dancer of Tribu Rayhak, won P150,000 in cash and P280,000 worth of franchise package of a milk tea brand.

Last November 2019, she had a first runner-up finish in the search for Binibining Silangang Samar Turismo 2019.

Afable’s victory marked the end of the three-hour show that started with an opening number which gave the festival queens the chance to shine as they wore costumes in red and gold colors.

” [I am] very happy po kasi ako ang nanalo (because I am the winner). Despite sa gibug-atan ko sa akong costume gitagaan akon ng gift ni Sto. Niño (I was given this gift by Sto. Niño as I wore my heavy costume.),” Afable told CDN Digital.

The third runner-up award went to Sabrina Board of Banay Labangon (Barangay Labangon, Cebu City), while Nathalie Shaw of Barangay Cambinocot’s Maampoong Cambihanon wrapped up the competition with a fourth runner-up finish.

It was a tough competition for the 11 candidates which started at around 8:43 p.m.

Organizers experienced technical issues at 9:06 p.m. when the lights went out on stage while hosts Vince Escario and Karla Henry were announcing the winners of the first set of special awards.

Sinulog Festival Queen, which started in 2004, is an annual search for the best Sinulog lead dancer.

This means that the ladies have to show confidence and grace on stage while wearing heavy costumes and larger-than-life props.

There is no question-and-answer question.

The lead dancers perform with their group. They also showcase their talent during their solo performance.

According to the guidelines, the competition is divided into different phases with each phase bearing particular points.

Banay Labangon, with lead dancer Sabrina Board, won Best in Instrumentation and  Best in Group Presentation.

Winners of the major awards received P10,000 in cash.

All candidates will receive P20,000 in financial assistance.

The ladies from Cebu contingents are: