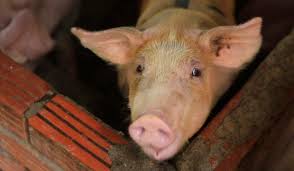 The Cebu provincial government is imposing a total ban on pork and pork products coming from Luzon. | Inquirer.net File Photo

This is the assurance of the San Miguel Foods Incorporated (SMFI), the food giant which was granted an exclusive contract by the Sinulog Foundation Incorporated (SFI) to sell their products and advertise along the grand parade route.

In a statement, the SMFI said that it remained committed to complying with Executive Order No. 23 banning the sales of pork products from Luzon in Cebu.

“San Miguel Foods, through its prepared and packaged food business has a wide portfolio of refrigerated and canned meats. During the Sinulog Festival, it intends to showcase its Purefoods TJ All-Chicken Dog, and Purefoods TJ Hotdog made with chicken and beef, as well as Purefoods Chicken Tocino,” said SMFI.

The SMFI also clarified their sponsorship by San Miguel Foods of the annual Sinulog Festival is part of a San Miguel-wide corporate sponsorship that includes other brands such as San Miguel Beer and Ginebra San Miguel.

“It aims to contribute to the rich, vibrant, and colorful celebration of Cebuanos that is famous the world over,” said SMFI.

The SFI was put on the hot seat for entering into an exclusive contract with the food giant as a local food producer, Virginia Foods Inc. (VFI), had written to Mayor Edgardo Labella to question the exclusivity contract signed into by SFI with San Miguel Foods.

Mayor Edgardo Labella already said that the exclusive contract between the two was beyond his decision, but the city would practice the principle of free enterprise in the rest of the city.

The Sinulog Governing Board (SGB) said the exclusive contract is only limited to stalls, banners, and products sold at the Cebu City Sports Center and the Fuente Osmeña Circle. /dbs

Read Next
Spotted: A cute puppy wearing the famous red and gold ensemble of the Señor