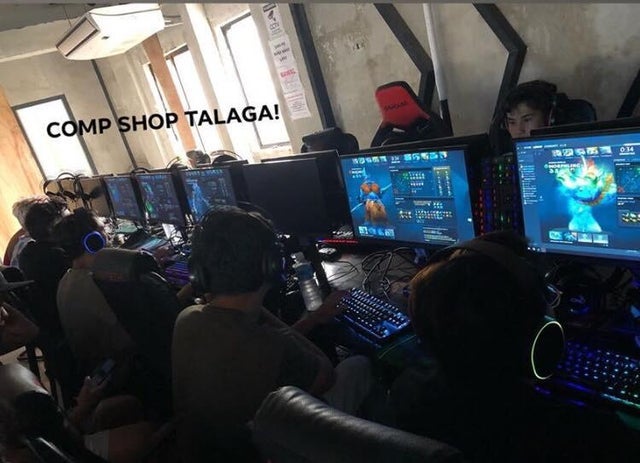 CEBU CITY, Philippines — Team Adroit, Cebu’s Dota 2 team, gained the respect of netizens who saw an online photo of the group while competing in the ESL Los Angeles Major 2020 Southeast Asia Closed Qualifiers held on February 11, 2020 inside an internet cafe in Manila.

The group may have lost their bid for the top spot to Team Fanatic after they experienced connectivity problems, but they got the needed boost from supporters of the Dota 2 community who expressed their appreciation for the group members’ effort.

“Team Adroit playing at a net cafe for the qualifiers. *They encountered an internet connection problem in their bootcamp so they decided to go here. Now if that’s not dedication, I don’t know what is. Props to Adroit Dota!” VPGAME posted on Team Adroit’s official Facebook page.

“Just to clarify for everyone. They have their sponsors. They have their own bootcamp, just no internet connection at that time so they still made their way to compete despite their situation. That dedication tho. #Respect,” Vincent Ballon Rio said.

Jomer Monteras Buñag commented, “Still suffers the same connection problem because i think its the same game internt problem. Sad. They have good records at 7-1 now it all comes down to Minor.”

The group is vying for the 3rd place in the competition against Team IO in a game scheduled today, February 12, 2020.

The winning team will secure the 3rd spot and will qualify in the ESL Los Angeles Major 2020 that will be held in Los Angeles, California in the United States from March 20-22, 2020. / dcb

Read Next
Walk for Life 2020: Fighting nCoV through prayers