EDSA @ 34: A call to remember, continue to defend democracy 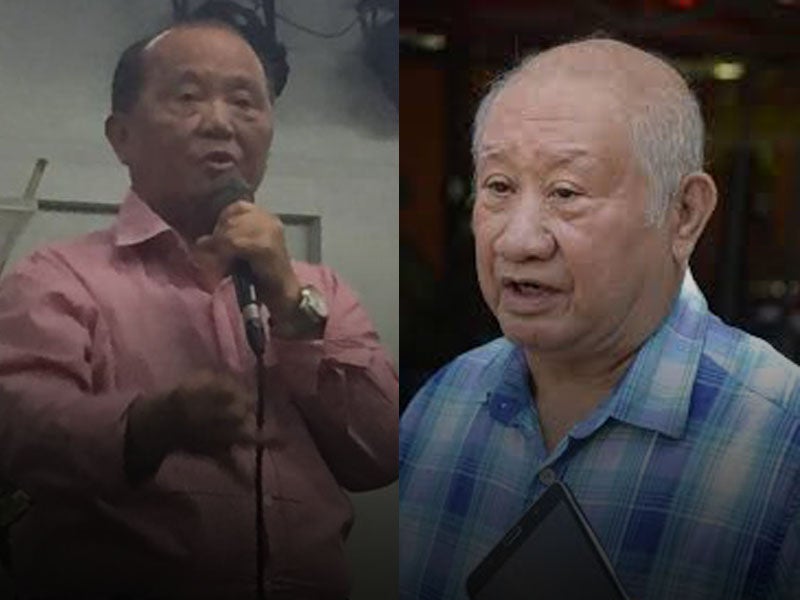 CEBU CITY, Philippines — “The authority in power is great but the oppressed mass is greater.”

For Ma. Jardisha Marcellana, a human resource professional based in Cebu, this statement sums up the People Power 1 or the mass action in Epifanio Delos Santos Avenue (EDSA) that overthrew the dictatorship of the late president Ferdinand Marcos.

“EDSA for me is an indicator of how great a collective mass is. The authority in power is great but the oppressed mass is greater. Every single people who joined the protest and those who didn’t but took part in the change is a hero,” said Marcellana, 22.

Although she did not witness the people’s revolt, Marcellana says the EDSA People Power, even just as it is historical accounts for her, is a spark of hope for people who believe in democracy and social justice.

“People leaning towards the oppressors may view EDSA as something in the past. However, to people with high social justice, EDSA is hope,” she said.

But for Eugene Dadol, a 22-year-old high school teacher, celebrating EDSA is never just about the  commemorative events but “how Filipinos were able to call upon the spirit of unity that highlights the beauty of being able to fight a corrupted major power in times of necessity.”

“In literature classes, we always have narratives that play significant role in uprooting bigger themes that centralize humanity. EDSA people power is something like that for us Filipinos. It is a narrative that teaches us the power of democracy and how our human rights should triumph against corrupted power,” Dadol said.

“Celebrating it is a reminder and it is always enough reason why it will never be irrelevant,” he added..

In commemorating the anniversary of the People Power Revolution, the figures who once took part in efforts to regain democracy call on the youth, like Marcellana and Dadol, to remember the sacrifices of their generation and continue defend freedom.

Retired Regional Trial Court executive judge Meinrado Paredes, who defended human rights violations victims during the martial rule,  it is inevitable for the fallen dictatorship “to want to come back.”

(That happens in history. Fallen dictatorships would always want to come back. )

(What is important now is for us to remember EDSA. After all we have done and sacrificed, are we just going to allow them to return to power?)

Three decades since the late president and his family fled the country following the People Power Revolution of 1986, his eldest daughter with wife Imelda Marcos, now holds a seat in the Senate.

In a press conference in Cebu in 2018, Senator Marcos has called on critics of her family to “move on.”

Read: Imee Marcos: Move on from the past

Her younger brother, Ferdinand “Bongbong” Marcos Jr., a former senator and governor of Ilocos Norte, ran for vice president in 2016 but lost to Vice President Maria Leonor “Leni” Robredo  by only 263,473 votes, a result now still under election protest filed by Bongbong.

With the current political conditions, veteran human rights lawyer Democrito Barcenas calls on the masses “not to lose heart” and continue fighting for freedom.

Read: Democracy advocates to youth: Stand up against ‘looming dictatorship

“In my view, all the efforts in regaining freedom is still worth it. The struggle to preserve democracy is a continuing one and we must not lose heart simply because some problems during Marcos time are still with us.”

“All the more, let us harden our resolve to protect the democratic space we have gained, no matter how small,” Barcenas said in an e-mail interview with CDN Digital.

Barcenas, who believed that a new authoritarian rule is emerging under the administration of President Rodrigo Duterte, the commemoration and call to celebrate EDSA is of high importance.

Paredes and Barcenas, then young lawyers who were both members of the Free Legal Assistance Group (FLAG) who defended human rights victims during  martial law and who continue to actively take part in efforts to defend democracy to this day, called on the youth to protect the gains of their generation’s struggle.

(Let us continue to be involved. We should not be deaf and blind. Never give up on democracy and equality. Continue to fight for the freedom that you now enjoy, because it is the result of struggle that my generation fought and won for us.)

For young Cebuano lawyer Amando Virgil Ligutan, defending the “hard-earned victory in Edsa, and its legacies after, from the evils it was supposed to have conquered- despotism, tryranny, corruption, and impunity,” is a mission for the lawyers of his generation.

Ligutan, 37, said: “The very constitution that we lawyers are ought to defend, the 1987 Constitution, came into being after the Edsa People Power Resolution of 1986. It was crafted to prevent another dictator from taking the helm of government.”

Ligutan said the youth must always remember the sacrifices of the people who fought for democracy.

But for Ligutan, the pride and sense of nationhood that Filipinos exhibited following the People Power Revolution in 1986 have since sadly dissipated.

“[The] sense of nationalism in EDSA, unfortunately, is gone. It is confined in classrooms and discussion forums,” Ligutan said.

Aside from celebrating the EDSA anniversary, Barcenas and Paredes both called on the public to raise their awareness of their country’s history.

“If some millenials had seemed to forget the struggle during the martial law and the significance of EDSA, it is perhaps that this episode in our history has not been emphasized in our schools’ curriculum. More education on history is needed so the youth shall not forget the past,” Barcenas said.

“Those who claim that the overthrow of the Marcos dictatorship has done more harm than good should read more about the unspeakable crimes committed by Marcos like the imprisonment of more than 70,000 activists, the murder of (Senator Benigno) Ninoy Aquino, the massacre of innocent civilians, the plunder of the national treasury, and many more atrocities committed against the people,” he added.

What the country has become after the Marcos regime, Paredes said, may not be perfect. But the constitution, the rights and the freedom that it provided for the people, is still worth fighting for./elb