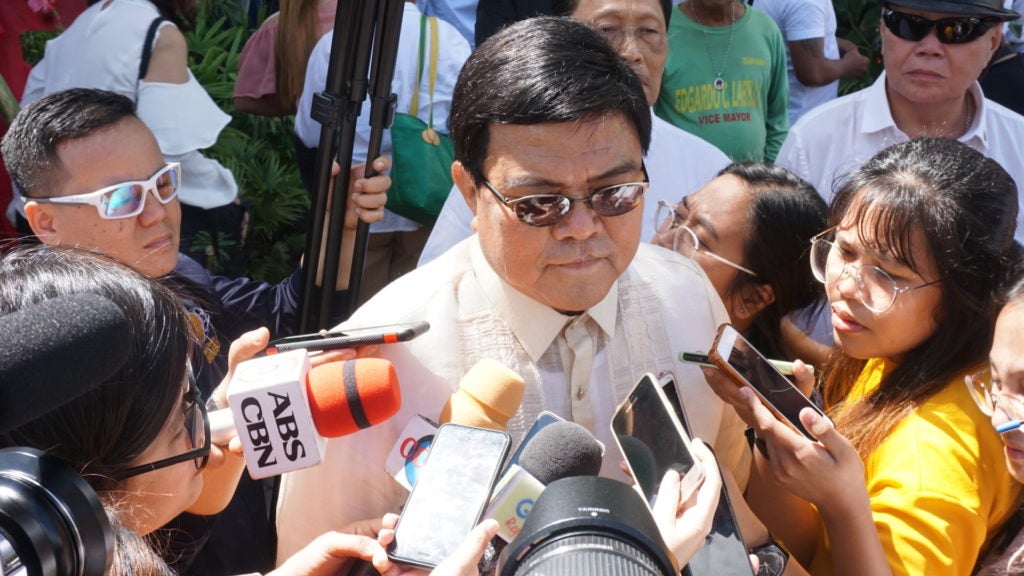 Cebu City Mayor Edgardo Labella said he looks forward to the implementation of the Interim Bus Service System (IBS) in the city on March 15, 2020. | Gerard Francisco

CEBU CITY, Philippines — The interim buses that the Department of Transportation (DOTr) will deploy from Talisay City to the Fuente Osmeña Circle will benefit Cebu City residents.

This was the assessment of Cebu City Mayor Edgardo Labella following the announcement of the DOTr that temporary buses mimicking the Bus Rapid Transit System (BRT) will start running on March 15, 2020.

“According to Secretary Arthur Tugade, the interim bus is just temporary, while we are doing something for the BRT. Para ni walay madelay (This is done so nothing will be delayed). I hope it will be realized,” said Labella.

The mayor is convinced that the implementation of the Interim Bus Service System (IBS) from Talisay City to the Fuente Osmeña will provide alternative mass transport for the public.

He said this will also test how the BRT will work in the future since the DOTr promised the BRT to be partially functional by 2021.

“The Integrated Intermodal Transport System (IITS) is expected to include monorail and cable cars. Anything that is a mass transport system will greatly help the traffic,” Labella said.

Labella also assured that jeepney drivers who will be affected by this shift in the transport system will be helped by the city.

He said those jeepney drivers who will lose their franchises will undergo training so they can find another source of income.

It is not yet clear if the city will provide financial assistance to the affected drivers. /rcg