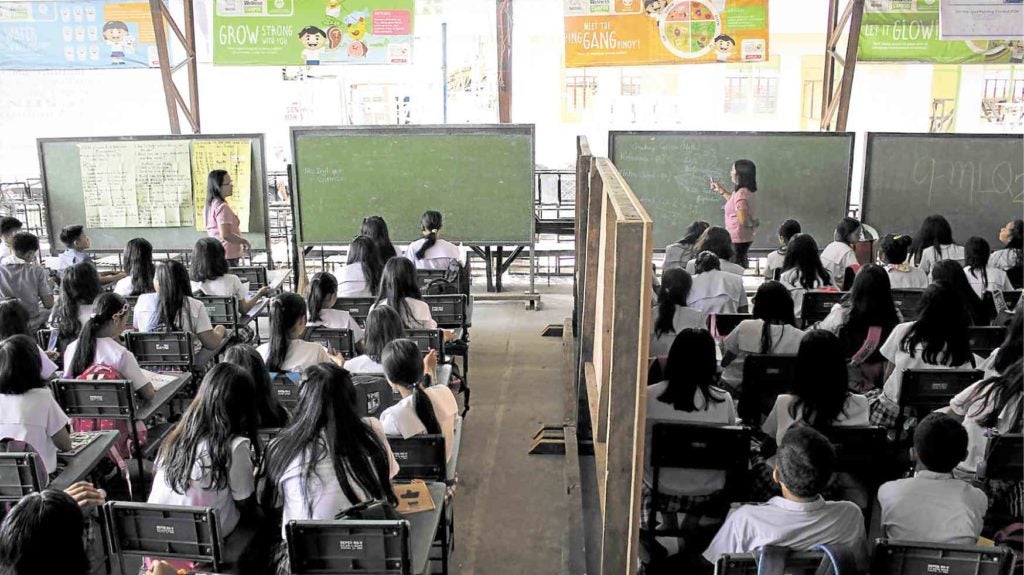 Blaming the Mother Tongue-based Multilingual Education (MTB-MLE) for dwindling competency of learners, legislators in Cebu province have called on the Department of Education (DepEd) to review the guidelines for its implementation. | CDN file photo

CEBU CITY, Philippines —  Blaming the Mother Tongue-based Multilingual Education (MTB-MLE) for dwindling competency of learners, legislators in Cebu province have called on the Department of Education (DepEd) to review the guidelines for its implementation.

The call of the Cebu Provincial Board echoes the statement of Cebu Governor Gwendolyn Garcia that laments on the teaching of subjects in public schools in Cebuano.

The PB, on Monday, March 2,2020, passed a resolution calling on DepEd to revisit the guidelines for the implementation of the MTB-MLE, a component of the Enhanced Basic Education Act of 2013.

The law, which provides for the K-12 education system, says that: “Basic Education shall be delivered in languages understood by learners as the language plays a strategic role in shaping the formative years of learners.”

“There exists a seeming disconnect and inconsistency with the policies enshrined in the law and the guidelines imposed by the Department of Education on the use of  regional language as medium of instruction,”the resolution authored by second district Board Member Edsel Galeos reads.

Galeos also pointed out in his resolution the low rating of the Filipino learners in the Programme for International Student Assessment (PISA), where the Philippines ranked the lowest among 79 countries in terms of reading, and 78th in terms of mathematics and science competencies.

“This dismal performance of our country greatly reflects the state of Philippine education vis-a-vis our policy to provide every student an opportunity to receive quality education that is globally competitive based on a pedagogically sound curriculum that is at par with international standards,” Galeos’ resolution reads.

Garcia earlier announced that the Department of Education- Cebu province Division, will already be reverting to English language as the medium of instruction starting School Year 2020-2021, which opens this June.

Read: Gwen wants English back as main medium of instruction in public schools

Garcia said that the province will shoulder the publishing of new reference materials, now in English, for the students.

The governor added that Dr. Marilyn Andales, the schools division superintendent for the province, informed her that schools under the province’s division will only have MTB as a subject next school year. /bmjo