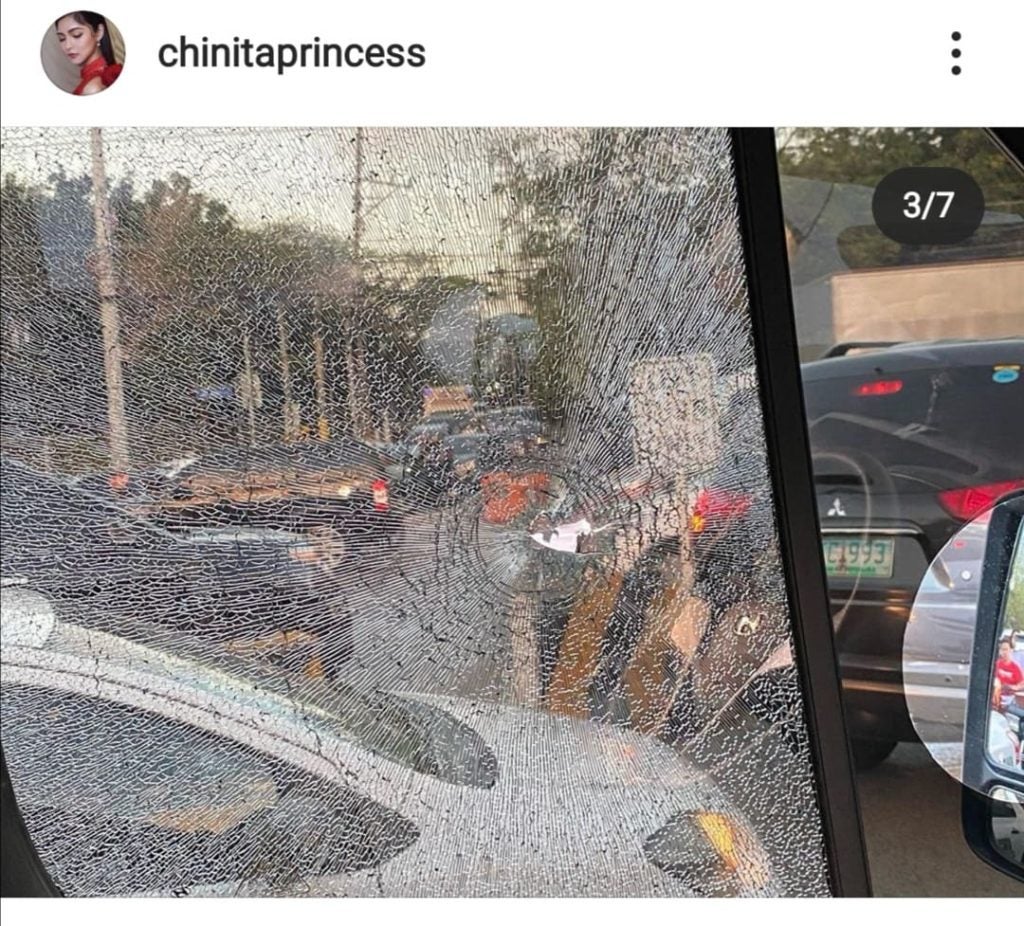 Cebuana actress Kim Chiu shares a photo of a broken window of her van after unidentified gunmen shot at her vehicle on Wednesday morning. | photo from Kim Chiu’s Instagram account (chinitaprincess)

This after two unidentified gunmen on a motorcycle shot at the celebrity’s van on Wednesday morning, March 4, 2020, at C.P. Avenue in Quezon City.

“A lot of you have been texting and calling. Can’t answer right now. Thank you for checking on me. Means a lot,” she said.

Chiu also confirmed that her personal assistant and driver were unharmed in the the shooting incident.

“Papa Jesus protected us. I don’t have an idea what really happened, mistaken identity? I guess? Napag tripan? This is not a bad joke,” she added.

Chiu narrated that it was 6 a.m. on Wednesday when she was on her way to a taping schedule.

She was sleeping inside the van when she suddenly heard gunshots.

“I was shocked and asked my driver what happened then I saw this bullet on the windshield where my head was laying. Buti nakahiga pa ako,” she added.

(It’s a good thing I was lying down.)

The Cebuana actress also wondered what happened to her if she did not sleep and just read her script.

“God protected us. Salamat po,” she ended her post.

Read Next
Wife of drug suspect killed in Ermita