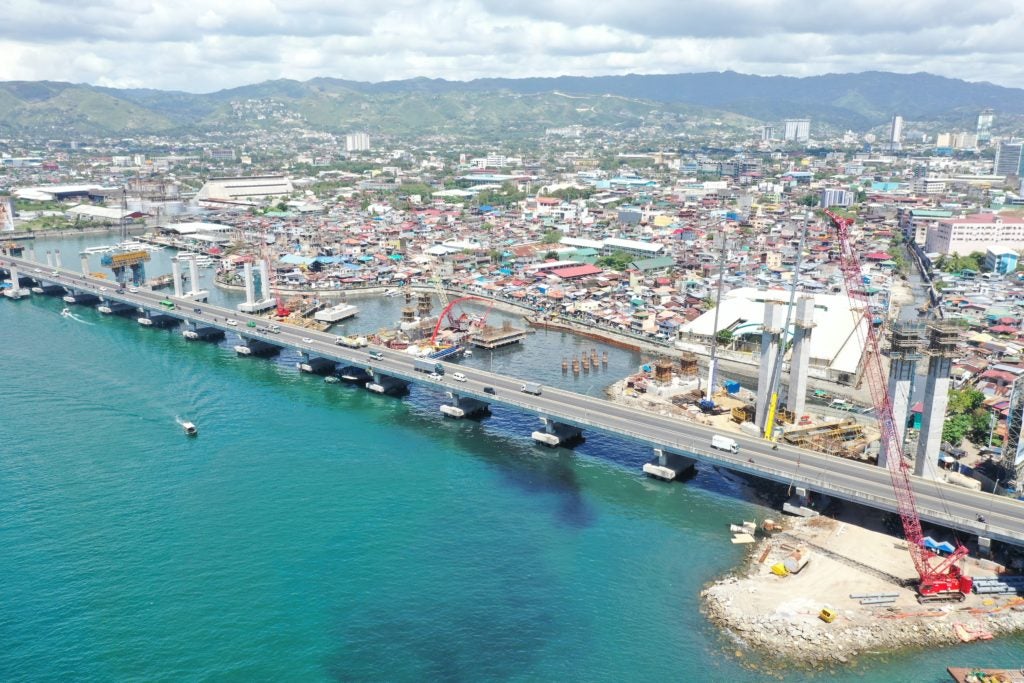 An aerial view of the Cebu Cordova Link Expressway in Cebu City. | Photo Courtesy of CCLEC

CEBU CITY, Philippines — The Cebu Cordova Link Expressway Corporation (CCLEC) assured fishermen in Cebu City that their livelihood won’t be affected by the construction of the third bridge.

This they said after the Nagkahiusang Mananagat sa Syudad sa Sugbo (NMSS) wrote to the city government, expressing concerns that they have not been apprised of the current reclamation of a portion of the sea near the LUDO vicinity for the third bridge’s construction.

CCLEC said that the temporary staging area built below the Cebu South Coastal Road (CSCR) to support construction works will be removed as soon as they finish building the Cebu viaduct and off-ramp sections connecting the Cebu-Cordova Link Expressway (CCLEX) to the Cebu City side.

The contractor of CCLEX has built a 7-meter wide access area for the fishermen’s boats to pass near the South Road Properties (SRP) side while the portion near the Suba-Pasil area has bigger passageways.

Only the tall columns and headstocks of the bridge in the area will remain once the construction is over. The free flow of seawater, as well as the access of fishermen’s boats, will remain unhampered.

“The welfare of all our stakeholders have been considered in all stages of the CCLEX construction,” said CCLEC President and General Manager Allan Alfon.

They are also willing to conduct a dialogue with the NMSS through a public consultation to discuss the concerns of the fishermen that the CCLEX project may block the passageway of their boats when they go fishing.

“We are ready to meet with them to address their concerns and clarify plans for the CCLEX project in that area. We want to assure the concerned fishermen that the civil works below the CSCR area are only temporary while bridge construction is ongoing.” Alfon said. /bmjo