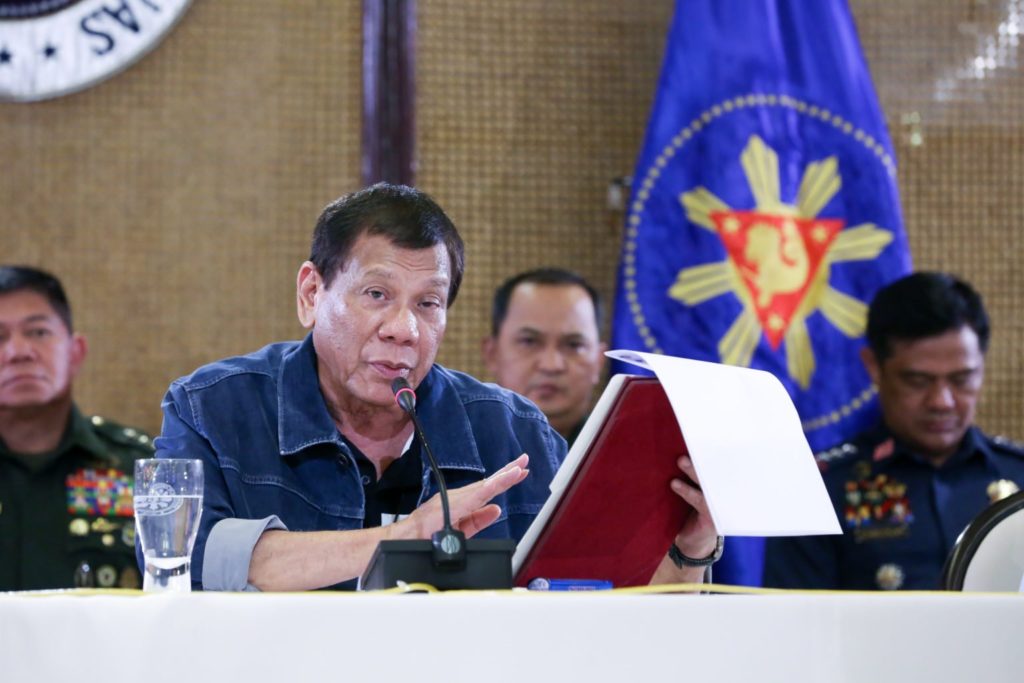 (Later, the President will meet again with the IATF, military and the Philippine National Police officials. The President has new pronouncements. Watch out for it.)

Duterte early last week also held a meeting with the IATF and Metro Manila mayors after he declared a state of public health emergency due to the threats of COVID-19.

Duterte has approved the imposition of community quarantine on Metro Manila in a bid to contain the virus.

The community quarantine halts land, domestic air, and domestic sea travel to and from Metro Manila starting March 15 until April 14.

The President also extended the class suspension in Metro Manila schools until April 12.

Health officials have so far recorded 140 cases, including 12 fatalities, related to COVID-19, a respiratory disease caused by a novel coronavirus that first emerged in China’s city of Wuhan in Hubei province in late 2019.

The virus causes mild symptoms such as fever and cough for most people but can cause serious illness such as pneumonia for others, especially older adults and people with existing health problems.

Read Next
Stuck at home due to Coronavirus scare? Watch this