The story behind father’s unique trip to a cake shop 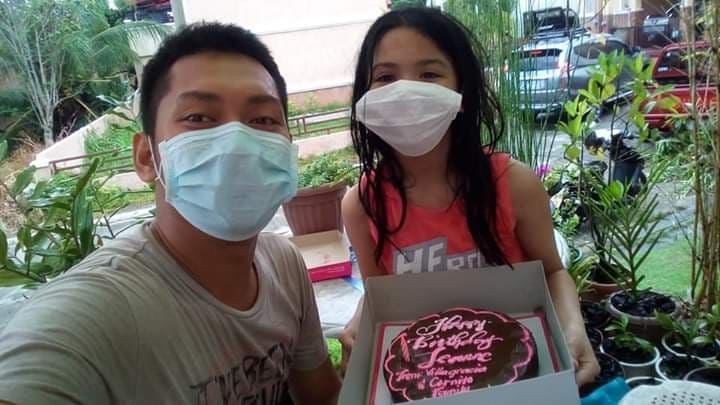 Looks like the viral father from Davao City, Leanuel Villagracia’s mission to buy a cake for his daughter’s 10th birthday, was a success. | Photo from Quitte Lopez.

CEBU CITY, Philippines— Looks like that simple act of buying a birthday cake by a father in Davao City has a beautiful story behind it.

CDN Digital was able to get in touch with the  father from Davao City who was seen riding his motorcycle with a unique sign hanging behind his motorcycle.

Leanuel Villagracia, 30, earned online attention because of his unique way of making sure that he got a cake for his kid who was celebrating her birthday on March 28, 2020.

Leanuel told CDN Digital that he would do whatever he can to make his daughter’s birthday special despite being in Enhanced Community Quarantine. His daughter is 10-year-old Leanne Audrei Villagracia.

(We understand and respect the rules implemented here in Davao but since a birthday is just celebrated once a year and we don’t get to see each other every day, I really looked for a cake shop in the city even if most of the shops were closed.)

Villagracia added that he does not see his daughter, Leanne, every day because he and the mother of Leanne have already been separated for six years.

(She lives far from me because she is living with her mother, I can visit her and bring her goodies or treats on her birthday since then.)

Even with the crisis and all the mandate from the government to just stay at home, Villagracia made sure that they were still able to do their yearly tradition even for just a few minutes and get to see his daughter well and happy.

This inspiring story of a dad’s love for his daughter is something worth sharing in these trying times. /bmjo