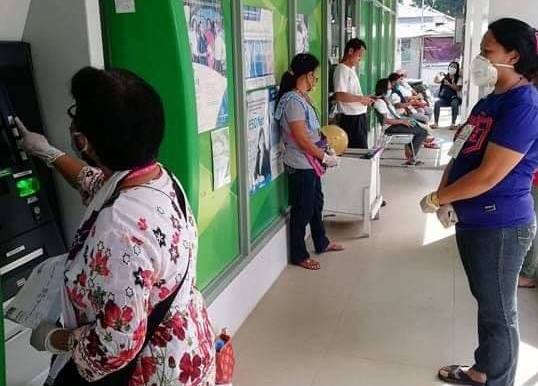 CEBU CITY, Philippines — With limited number of families in his city that may be covered by the Social Amelioration Program (SAP), Talisay City Mayor Gerald Anthony Gullas has urged residents who wonder why they are not included in the program to personally ask the Department of Social Welfare and Development (DSWD).

Gullas, in a Facebook post on Sunday night, April 12, 2020, said a representative of DSWD will be in each of the 22 barangays in the city as they start with the validation of the SAP program.

Being a SAP beneficiary entitles a family to P6,000 subsidy for April and May, which they may use in time with the enhanced community quarantine due to the coronavirus disease (COVID-19).

Gullas, in the same post, explained that the city’s allocation for the SAP is only for 36,969 families. Less the number of families listed under the DSWD’s Pantawid Pamilyang Pilipino Program (4Ps) and the Unconditional Cash Transfer (UCT) who already received their SAP assistance last April 4, the city now has 29, 527 slots to be distributed to households in its 22 barangays.

(Because this is all the DSWD has allocated, we will have to work with that number since this is already a big help for constituents who are severely affected by the ongoing ECQ, especially the poorest of the poor.)

Gullas has earlier ordered that barangay officials and employees should should not be enlisted in the SAP to give chance to other families who may need the cash aid too.

Gullas said there will also be more integrity to the SAP beneficiary list if no barangay officials or employees will be included.

The DSWD guidelines, originally, provide the inclusion of families from vulnerable and informal economy sector but did not prohibut listing barangay workerr.

The mayor earlier committed to distribute among barangay officials and employees eight months of his salary, or from April to November 2020, as a form of aid and a bargain in not including them in the SAP listing.

For families that will not be included in the SAP, Gullas said the city will be facilitating their application to avail of the assistance program of other government agencies.

The Department of Labor and Employment (DOLE), for instance, offers P5,000 financial assistance under the Covid-19 Adjustment Measures Program (CAMP) for formal economy workers who are displaced due to the ECQ.

“We’re still waiting for the guidelines set by DOTR, LTFRB, [Department of] AGRICULTURE and DTI for all their programs. Hopefully I can report to you within the week,” Gullas added.