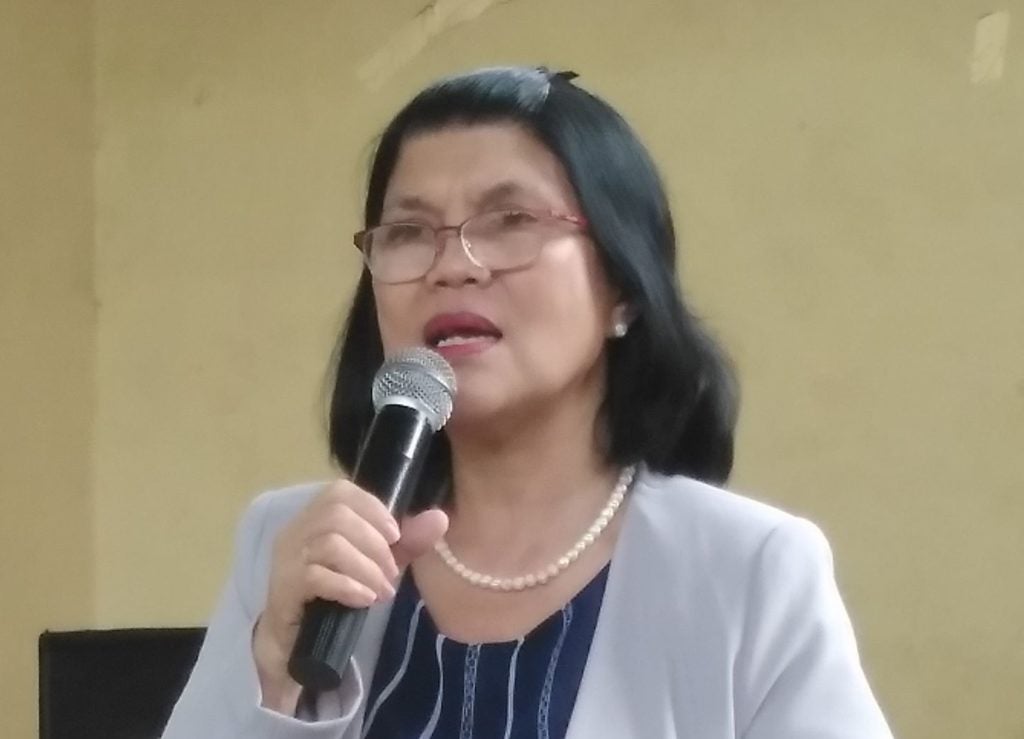 Salome Siaton, director of the Department of Labor and Employment in Central Visayas. | CDND File Photo

CEBU CITY, Philippines – A total of 2,103 informal sector workers in Central Visayas will benefit from the P8.49 million assistance under the “Tulong Panghanapbuhay sa Ating Disadvantaged/Displaced Workers (TUPAD)” program of the Department of Labor and Employment.

“Beneficiaries have officially started cleaning their houses and their surroundings. They have different dates of completion of work while observing the 10-day work period. Some beneficiaries would be done by April 18, the latest, for this batch alone,” said Salome Siaton, DOLE-7 director.

Also dubbed as “Barangay ko, Bahay ko or #BKBK,” Siaton said that program beneficiaries are required to clean and sanitize their respective homes.

The program caters to workers in the informal sector whose source of income was greatly affected by the declaration of the enhanced community quarantine due to the COVID-19 pandemic.

Workers who may avail the TUPAD program include those who are self-employed, occasional workers, house helpers, transport drivers, small enterprise operators, home workers, sub-minimum wage workers, farmers, vendors, and fishermen among others.

They are paid using the highest prescribed minimum wage rate applicable in the region, which is P404 per day and are to work for only four hours daily.

The duration of work under the TUPAD program is only limited to ten days.

“We are closely working with the local government units as they are the ones to provide us with the list or profile of workers. We would like to inform everyone that workers who have been endorsed by the LGU (Local Government Unit) will be the ones who could avail the program,” Siaton said.

LGUs or their respective Public Employment Service Offices (PESOs) or the barangays are asked to write a letter of intent to the DOLE Field Office that has jurisdiction over their area or locality. Once the letter of intent, together with there requirements, are received or approved by the field office, the LGU/Barangay will be given forms to fill out by the program beneficiaries.

“We are actually encouraging LGUs to shoulder for the cost of the tools and materials needed for cleaning and sanitation so that the funds we have could be spent solely for the wages of would-be beneficiaries and there will be more of them availing the program,” Siaton added. / dcb