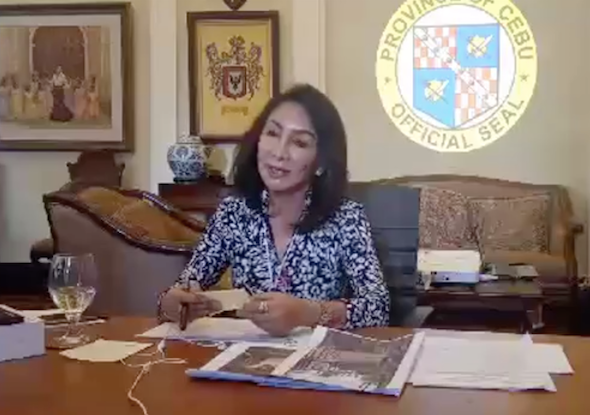 Cebu Governor Gwendolyn Garcia has ordered that all persons under monitoring in the province will undergo a swab test. | file photo

Garcia, in a meeting with the MHOs and CHOs on Thursday, April 30, 2020, said the Capitol would be working with the Department of Health (DOH) for the rollout of testing for coronavirus using the real time polymerase chain reaction (RT-PCR) testing.

This is after the governor, who earlier pushed for targeted mass testing using rapid antibody kits, made a turnaround and announced that the province would no longer push through with the measure citing low accuracy of the rapid kits.

Garcia said that if the antibody test results would still need to be confirmed for RT-PCR testing, then the province “would not waste money” on buying the kits and instead focus on the swab testing.

Quoting data from the Provincial Health Office (PHO), Garcia said there are over 5,100 PUMs in the towns and cities.

This is far higher than the 3,614 PUMs that were logged in the city last April 16. Garcia said the increase might be attributed to the number of people who arrived in the towns from Cebu City and the contact tracing of the new COVID-19 cases in the province.

“It is presumed that Cebu City now being the epicenter of COVID-19…perhaps they may have come in contact with asymptomatic persons here in Cebu City,” Garcia said.

(We will have to presume that those who went home from Cebu City, where several barangays have positive cases of COVID-19, we will presume that they could have possibly come in contact with those, who are positive.)

Aside from mass testing for the PUMs, Garcia also called on the MHOs to intensify their active case finding and reporting of influenza-like illness (ILI) cases in the province.

Garcia said the MHO and CHOs should engage their barangay health workers to set out to the communities in finding the ILI cases in order to give a better picture on the health status of their community amid the coronavirus crisis./dbs

Pagasa: Wet, cloudy weekend in most parts of PH due to LPA, ‘habagat’

JO from Barili, Cebu positive for drug use, risks termination