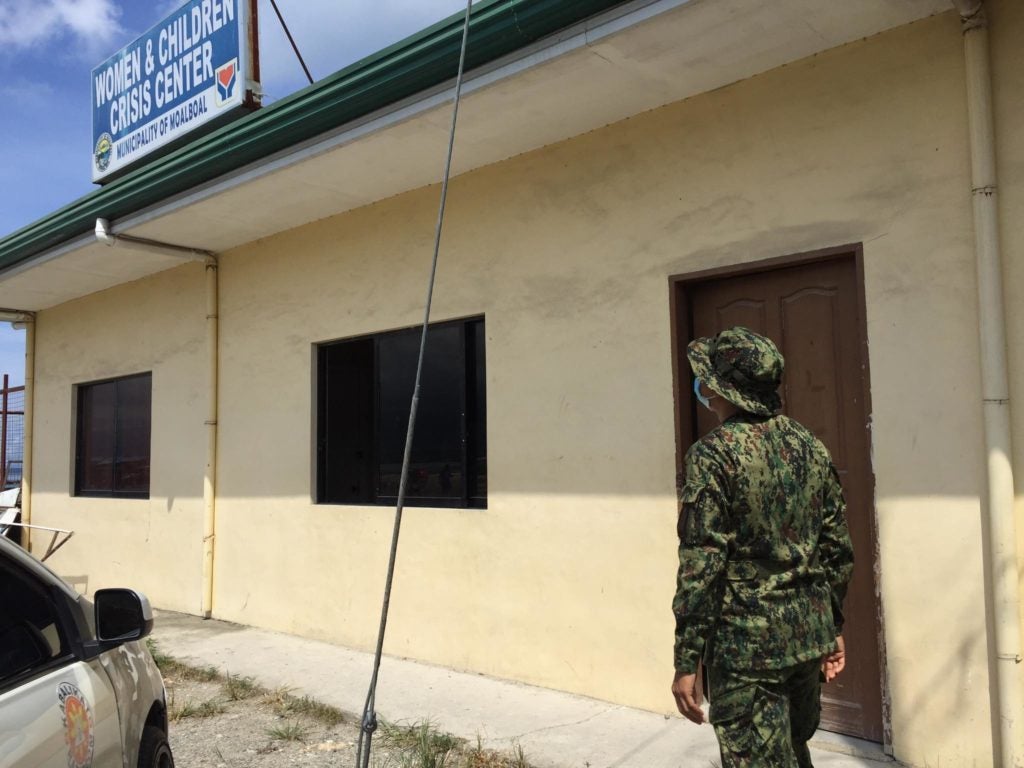 MOALBOAL, CEBU — Cebuana beauty queen Maria Gigante refused to make any comment when asked for her reaction on her arrest on late Sunday afternoon, May 10, 2020, in a public beach here.

“No comment for now,” Gigante said when asked for a reaction while detained at the Women and Children Crisis Center in this town on Monday morning, May 11, 2020.

Gigante, 26 years old, and her foreign boyfriend Javier Filosa Castro, 25, were arrested by authorities after they were caught swimming on a public beach in Panagsama, Barangay Basdiot in Moalboal town while the enhanced community quarantine (ECQ) was in effect.

Authorities also caught the couple drinking beer despite the imposed liquor ban in the town.

According to the investigation of Moalboal police, the couple arrived this town approximately 86 kilometers southwest of Cebu City on board a private vehicle and passed through quarantine checkpoints after they told the policemen manning checkpoints that they were from Dalaguete town and were headed for Alegria town for relief goods distribution.

Police later found out that they came from Cebu City before their arrest.

The couple is facing complaints of disobedience to a person in authority under Cebu Governor Gwendolyn Garcia’s executive order 5-L and violation of the liquor ban in Moalboal town imposed through a separate EO of Mayor Paz Rozgoni.

Ironically, Gigante, together with other beauty queens, including with Miss Universe Philippines 2019 Gazini Ganados, joined a campaign last April 17, 2020 to encourage and remind people to stay at home while under ECQ due to the threats of the coronavirus disease 2019 (COVID-19).