Kobe Bryant chopper crash pilot had no drugs in system—autopsy 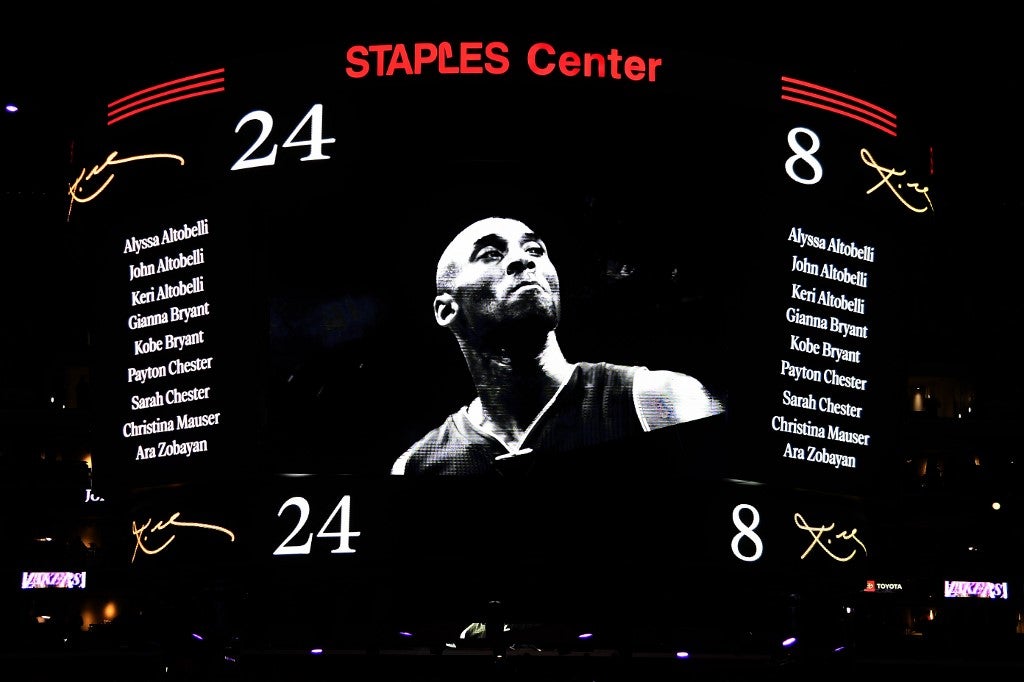 Los Angeles Lakers honor the nine victims from Sunday’s helicopter crash during the pregame ceremony for Kobe Bryant before the game against the Portland Trail Blazers at Staples Center on January 31, 2020 in Los Angeles, California. | Kevork Djansezian/Getty Images/AFP

The pilot of the helicopter that crashed while carrying Kobe Bryant and his daughter to a basketball tournament in California did not have alcohol or drugs in his system, according to the autopsy report released on Friday.

Ara Zobayan, 50, was taking the Bryants and six others to a youth tournament when the chopper slammed into the mountains west of Los Angeles, killing all nine on board instantly.

“Toxicological testing did not detect the presence of alcohol or drugs of abuse,” the Los Angeles County coroner’s report said.

The clinical report described the carnage at the January 26 crash scene and said that all the victims died of blunt force trauma. The manner of death for each was listed as accidental.

The investigation showed the helicopter was traveling at 296 kilometers per hour (184 mph) when it crashed into the hillside after running into heavy fog and cloud cover. Police said the helicopter plunged several hundred feet before impact.

The report said the 41-year-old Bryant had injuries to nearly his entire body. “These injuries are rapidly if not instantly fatal,” a medical examiner wrote of Bryant.

His 13-year-old daughter Gianna also died in the crash.

Bryant did not have any drugs in his system except Ritalin — a drug typically used to treat attention deficit hyperactivity and narcolepsy.

Bryant won five NBA championships for the Los Angeles Lakers during 20 NBA seasons. He was the NBA’s most valuable player in 2007-08, a 15-time all-NBA selection, and an 18-time all-star.

He was twice named MVP of the NBA finals and was the all-star game MVP four times.

Read Next
Although ‘unhappy’ with Lapu’s GCQ status, Chan to respect IATF’s decision