Angkas card in Lapu to be applied online put on hold 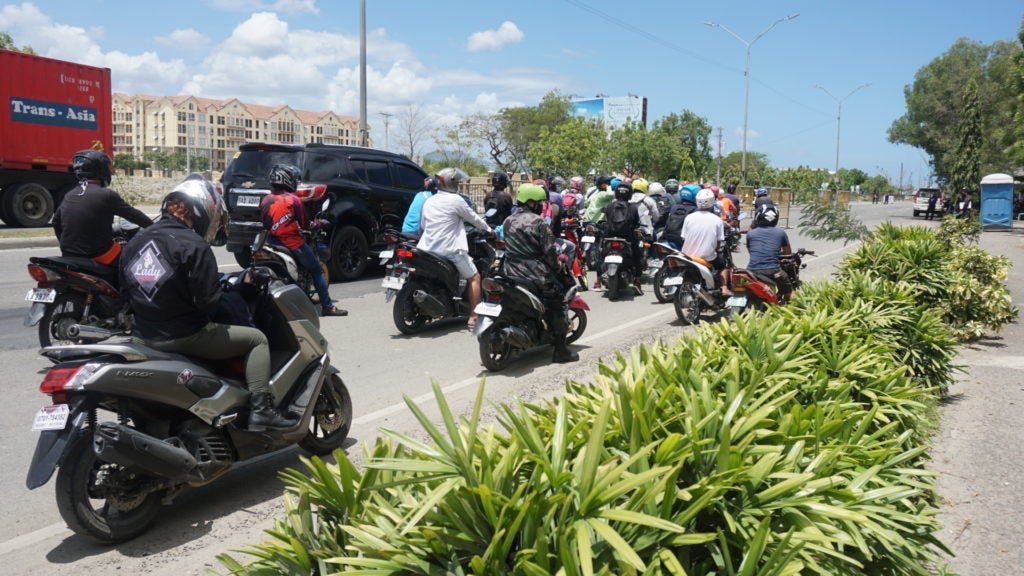 A long line of motorcycle riders wait to be allowed to enter Cebu City. In Lapu-Lapu City which is transitioning to general community quarantine (GCQ), the earlier rule to allow backriders (angkas) on privately owned motorcycles have been put on hold. | CDN Digital file photo

CEBU CITY, Philippines — After announcing that Lapu-Lapu City was under general community quarantine, Mayor Junard “Ahong” Chan reminded the Oponganons that they would still have to follow the guidelines given by the Inter-Agency Task Force for the Management of Emerging Infectious Disease (IATF-MEID) as they would start to allow some establishments to operate again and allow workers to go back to work.

With this, private motorcycle owners breathed a sigh of relief when Chan announced during his online presser Saturday night, May 16, that back riding would be permitted for as long as owners would be able to present their Angkas card which they could apply online.

However, this announcement was shortlived after CDN Digital learned through a phone interview with Chan that as of Sunday, May 17, the Angkas card application would be put on hold due to the guidelines that they had received from the IATF last night.

(The one on having backriders (angkas), that is what we are discussing now. With regards to having a backrider, we meet again because the IATF issued guidelines prohibiting people riding backside of motorcycles. The IATF has updates on their guidelines and they change it often so they might add something to the rule or take away something from it. So for now we are putting on hold the angkas card.)

In Chan’s Facebook post last night, he made it clear that only those private motorcycle owners would be able to apply for the Angkas card given that they would have their immediate family members as backriders.

A link was provided in Chan’s Facebook post where applicants could fill in the form and submit it online and wait for an email that would instruct them when they could get their Angkas cards at the Lapu-Lapu City Hall.

But all these will have to wait until the Lapu-Lapu City government together with the recommendations of the IATF will be able to arrive at a decision whether allowing backriding will be pushed through or will still be restricted. /dbs