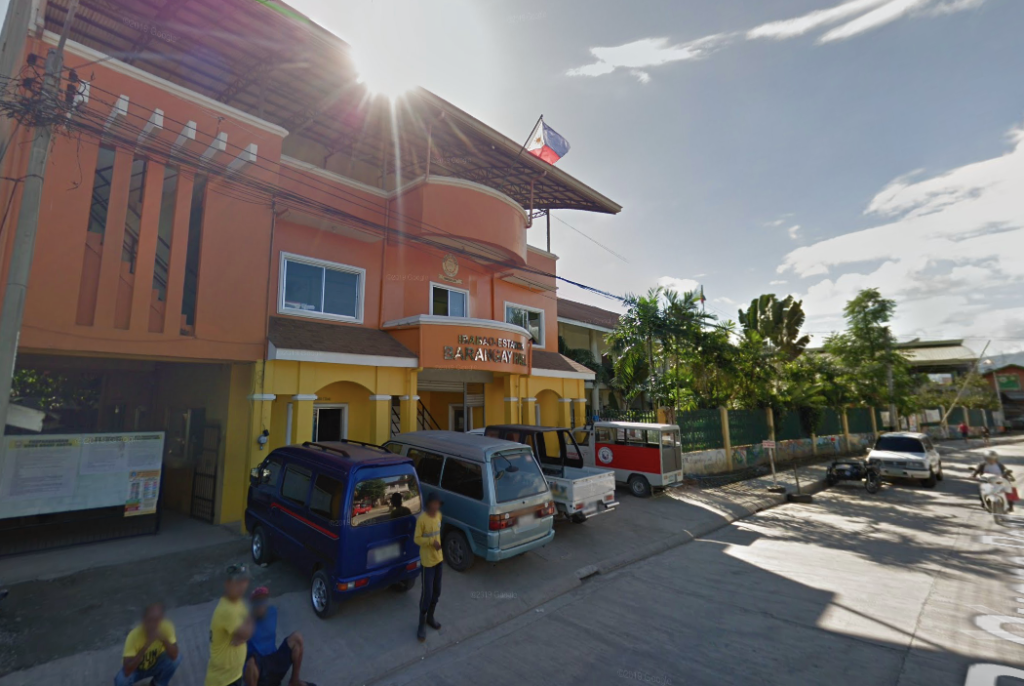 The Barangay captain of Ibabao-Estancia is appealing to the public not to discriminate barangay residents especially barangay hall workers. | Google street view of barangay hall

CEBU CITY, Philippines — The barangay captain of Ibabao-Estancia in Mandaue City is appealing to the public to stop discriminating against the people from their barangay especially those working in the barangay hall.

Echavez said that the report about the barangay hall staff members being positive of the virus was fake news.

(That is our problem now because they were receiving fake news that all the staff members here in the barangay hall have been tested positive of the virus.)

This fake report allegedly surfaced after a positive case was found in Barangay Ibabao-Estancia last Friday, May 22, 2020.

He clarified that one of the workers of the barangay hall was a mother-in-law of that COVID-19 patient.

He assured that for now, there was no confirmed positive cases among the barangay hall workers and that included the mother-in-law of the COVID-19 patient.

He also said the mother-in-law had already been isolated, and we were just waiting for the swab test results.

(The mother-in-law of the COVID patient is now in isolation and still awaiting the results of the swab test along with 15 others, who have been in close contact with the patient.)

He also said that the results should be ready by Wednesday or Thursday this week.

He said that if the mother-in-law would turn out positive of the virus, then everyone from the barangay hall would undergo swab testing.

He also said that the pregnant patient, who tested positive last Friday, had already been admitted at the Vicente Sotto Memorial Medical Center.

Read Next
With death of murder suspect, justice ‘undelivered’ in Silawan case