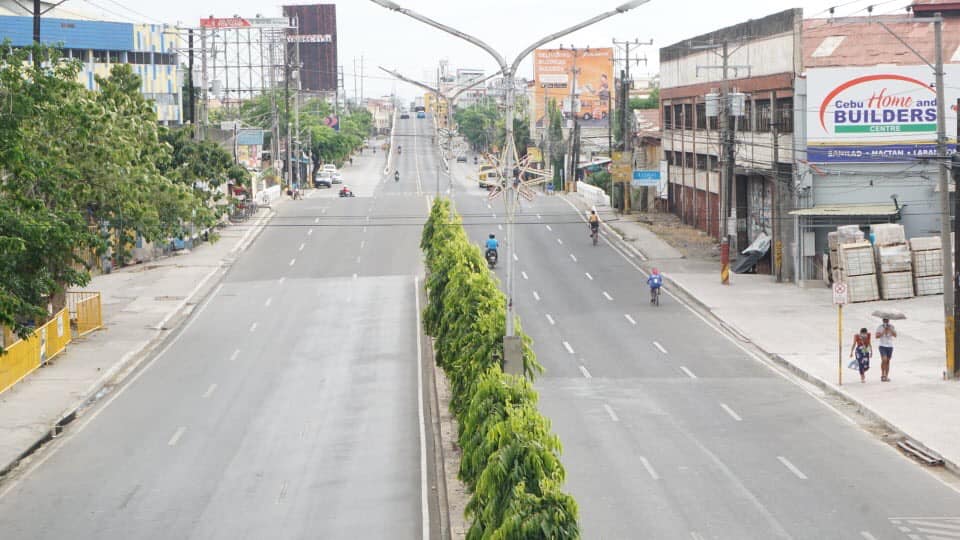 Under normal circumstances, Natalio Bacalso Avenue is one of the busiest thoroughfares in Cebu City, but with the city under enhanced community quarantine, the avenue is just like an empty street in a ghost town.| CDN Digital file photo

Just In: Mayor Edgardo Labella’s letter of appeal to IATF

Labella said in his letter to the Department of Interior and Local Government in Central Visayas (DILG-7) that strategic mass testing conducted for Project Balik Buhay (PBB) had already been completed.

This means the city is already ready to transition to a GCQ even if it remains to have the highest number of cases in the country.

The mayor said that even if there were more than 2,000 cases of the coronavirus in the city, the deaths were only 26 or approximately 1.2 percent.

The recovery rate is already up to more than 400 or at least 19.6 percent. The case doubling time takes seven days in the city, and there is a significant indication of the continuous reduction of new positive cases.

Labella also noted that the city conducted more than 10,000 swab tests since March 2020 and among the 2,000 who proved positive, 90 percent are asymptomatic.

With these insights from the regional Department of Health (DOH) and the City Health Department, the mayor seeks for the city’s transition to GCQ.

“We are ready for GCQ. Hinaut ko nga tugtan ta sa IATF. (I hope that our appeal will be approved by the IATF),” said Labella.

The mayor said in his request that the city would like to have the capacity to impose lockdowns and enhanced community quarantine for areas with a concentration of the virus infection.

Labella said in this way, the lockdowns would be localized and other areas could resume their economic affairs.

The mayor said he was hoping for the IATF response before June 1, 2020, when the current enhanced community quarantine would be expected to be lifted. /dbs