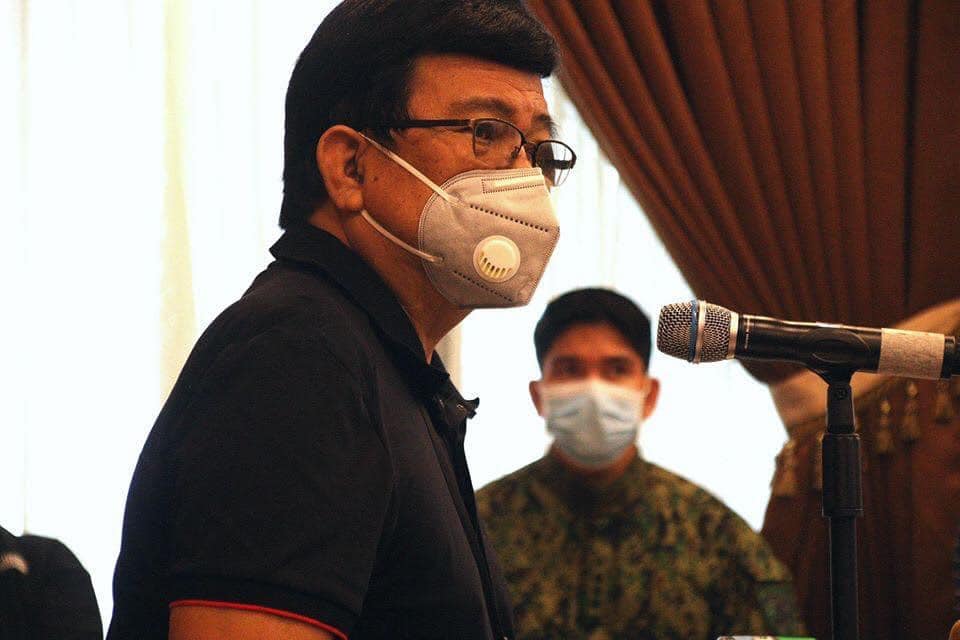 Cebu City Mayor Edgardo Labella says he is saddened by the arrest of the protesters and he encourages the public to stay calm and wait for the results of the investigation of appropriate agencies about the incident.| Photo courtesy of Cebu City PIO

CEBU CITY, Philippines — Cebu City Mayor Edgardo Labella urged the public to stay calm after the heated encounter of the police and cause-oriented groups during a protest outside the University of the Philippines-Cebu in Barangay Lahug on June 5, 2020.

The police arrested eight individuals, who were still detained as of Saturday, June 6. According to their lawyer, they were still awaiting resolution of the investigating prosecutor and were expecting to have the eight individuals to post bail and be released on Monday, June 8.

Read more: Cebu8 Camp: Releasing them is our priority

Meanwhile, videos of the arrest sparked outrage among netizens as the police forcefully arrested the individuals in what many considered as “police brutality.”

The footage of the arrests also prompted the Commission on Human Rights (CHR) to investigate the incident.

For Labella, freedom of expression is a sacred right that must be promoted and protected.

“Cebu City has always been known as a bastion of civil liberties. It should be kept that way. Towards that end, the freedom of expression should not be curtailed. On the contrary, we should seek to promote and protect it. It is the noblest in the hierarchy of all freedoms,” said Labella.

The mayor expressed sadness over the incident and said he would want to be apprised of the results of the investigation.

“The right to peaceably assemble is not prescribed even under the current national emergency, subject only to regulations meant to promote the public health such as observing social distancing,” said the mayor.

Still, Labella said he would want to hear both sides as the police might have noticed something “wrong” that prompted them to intervene.

Labella said he trusted the judgment of the police.

However, Labella said he did not want to speculate and would wait for the results of the investigation, urging everyone else to do so as well.

“Let the appropriate agencies of government conduct their investigation so that the unfettered truth will come out. In the meantime, I ask everyone to stay calm,” said Labella.

The mayor encouraged everyone to continue to seek for the truth about the incident by encouraging a healthy investigation. /dbs