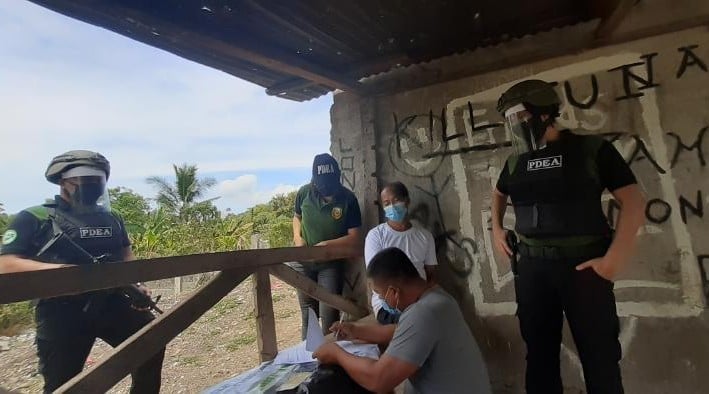 PDEA-7 agents apprehended Primo Yagong Estardo, 59, a resident of Barangay Punta Engaño in Lapu-Lapu City,  a beautician who is said to have a clientele of students in the area.

According to the PDEA-7 spokesperson Leia Albiar, the suspect is able to dispose of at least 20-30 grams of illegal drugs per week.

(When classes was still on going, most of his clients were students. But since community quarantine was implemented, Estrado was just selling the illegal drugs to anyone.)

During the buy-bust operation, authorities were only able to confiscate two packs of suspected illegal drugs weighing 0.05 grams with the market value of P340.

(PDEA Lapu-Lapu Team will coordinate with the college or university near the area since the suspect just lives right behind the said college. This is so that the school can help intensify demand reduction among their students.)

Estrado will now be facing charges in violation of section 5, Article II of RA 9165, or the selling of illegal drugs. /bmjo