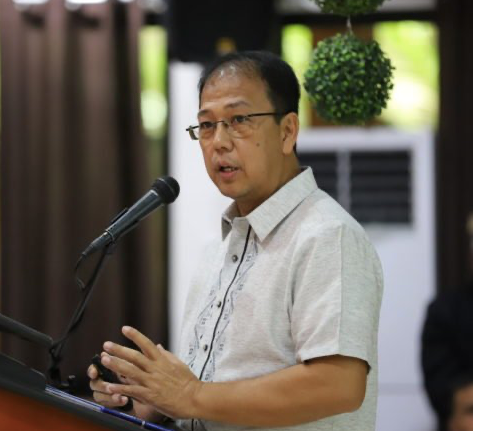 Secretary Carlito Galvez Jr. says that the IATF may consider to allow backriding in areas where there are minimal or zero cases of transmission of the virus. | Inquirer file photo

CEBU CITY, Philippines — The national Inter-Agency Task Force for the Management of Emerging Infectious Diseases (IATF-MEID) may consider to allow backriding on motorcycles in areas with minimal to no (coronavirus disease 2019) COVID-19 transmission.

Secretary Carlito Galvez Jr., chief implementor of the National Task Force on COVID-19, said they would look into the possibility of allowing backriding based on improvised prototypes that were presented to him by Bohol Governor Arthur Yap.

(We are happy because he showed many innovations and then maybe we might consider that innovation so that at least we can see that there is social distancing and that we can say that there is enough protection.)

Galvez visited Cebu for an on the ground  observation on the COVID-19 situation here.

(We will see. We know the appeals of those in the province that have minimal or zero cases.)

Galvez said that allowing backriding would be a critical decision for the IATF considering that there are still areas, especially Metro Manila and the highly urbanized cities, that run the risk of the spread of the virus.

(Our decision will be very critical. Everyone should understand the decision of the IATF. What we are aiming for here is really to stop the transmission of the virus.)

To recall, the Cebu provincial government has initially planned to enact a legislation allowing backriding within its jurisdiction, taking into account the limited modes of transportation especially in rural areas.

The Department of Interior and Local Government (DILG) has even warned Cebu Governor Gwendolyn Garcia that she might face charges if she would pursue with the plan.

However, the province’s proposed policy did not push through after President Rodrigo Duterte himself spoke up to turn it down./dbs