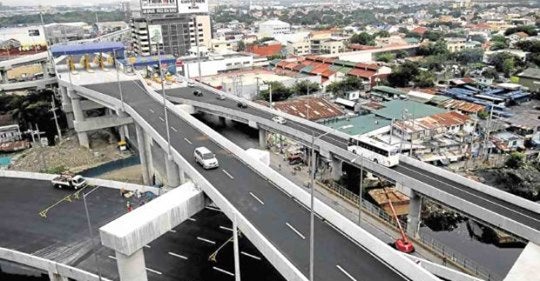 Since June 1, around 400 overseas Filipino workers (OFW) and locally stranded individuals (LSIs) have been forced to camp out in front of Ninoy Aquino International Airport (Naia) and under the airport’s elevated expressway while waiting for their flights to their respective destinations.

Most of the stranded workers spent days and nights sleeping there, hoping to catch a flight home, before officials finally swept them up on Friday.

While the last batch of OFWs and probinsyanos stranded for two weeks at Naia were finally transported on Friday to a quarantine facility here in Manila, their sorry ordeal brought to the fore anew vague and contradictory policies for these stranded individuals.

For days, their bags and clothes were their only refuge against the elements, relying on the kindness of strangers who dropped offrelief goods for them.

“We really couldn’t do anything, even when we requested that officials at least accommodate pregnant women and give them a comfortable place to sleep in,” Reiza Daquitan, an OFW hopeful who was supposed to fly out to Macau last March before the lockdown, told Radyo Inquirer in an interview last Wednesday. “Instead we’re living like pigs, like garbage here.”

Most of them were OFW hopefuls like May Ann Cayog whose prospects of employment abroad were dashed by the pandemic.

Cayog, who hailed from Davao, was supposed to fly out to Saudi Arabia via Manila to work as a domestic worker when President Duterte declared the entire island of Luzon under lockdown in March 17.

Last month, Cayug successfully booked a flight back to Davao scheduled on May 23, she said. Her flight was later moved to June 1, then June 4, and then June 8, until she was told her next schedule was on July 1.

“It’s like they don’t have any conscience, no hearts,” she said in an interview.

Others, like five-month pregnant Jennylyn Maniba, camped out in front of Naia’s Terminal 3 since last week after being advised that there could be special sweeper flights for stranded individuals.

Throughout their stay there, their airlines or even officials from Naia did not give them accommodations or food, she said.

The Manila International Airport Authority (MIAA) begged other stranded individuals “not to proceed to Naia unless they have confirmed flights.”

As of Friday, transport officials swept up around 175 people toVillamor Air Base to be quarantined and be tested for the coronavirus.

They would also be temporarily housed there while the Philippine Coast Guard (PCG), Department of Social Welfare and Development and the Department of the Interior and Local Government worked out travel accommodations for them.

They were likewise provided facilitation assistance to secure necessary travel documents as required by the Inter-Agency Task Force on Emerging Infectious Diseases, according to the Department of Transportation.

They were already brought home via Cebu Pacific flights to Visayas and Mindanao.

Another 250 who took shelter under a flyover near Naia, are slated to be transported by the PCG transport team to appropriate accommodation facilities.

MIAA general manager Ed Monreal appealed to other stranded passengers to make sure they have confirmed booking and valid tickets for the day to avoid going through the same experience.