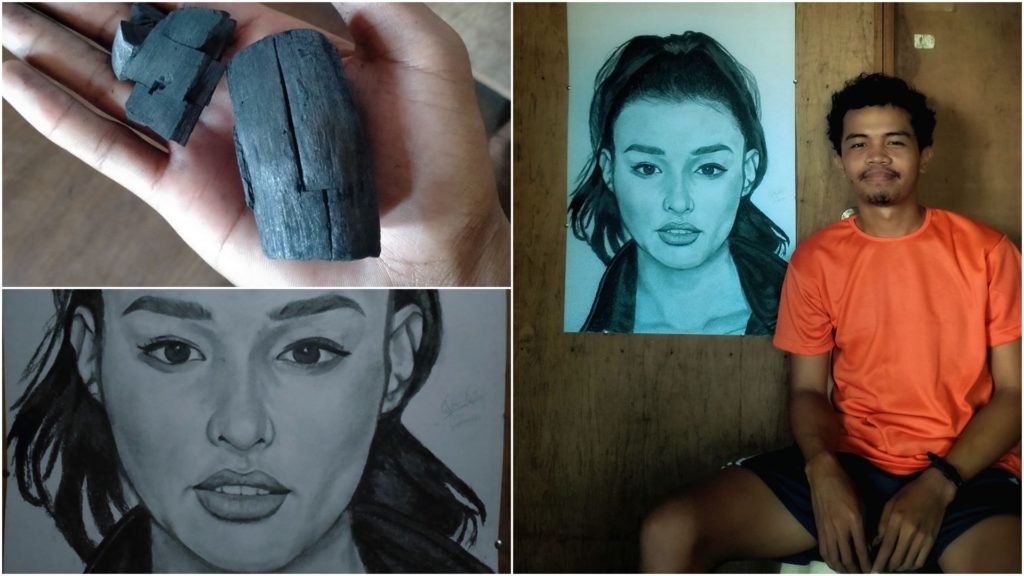 An art enthusiast from Dalaguete town in southern Cebu made a portrait of actress Liza Soberano using wood coal.

John Isidore Gargar said it took him seven hours to finish Soberano’s portrait which he did on May 27, 2020.

He used a pencil, pieces of charcoal, cotton buds, and illustration board.

(I decided to do the portrait during the later part of May to make use of some leftover wood coals at home.)

The 23-year-old Gargar, a seafarer, said he developed his fondness for drawing when he was a boy.

And because of his tight budget, he would normally use wood coal which is available at home instead of buying a charcoal pencil.

Gargar’s portrait of Soberano caught the attention of netizens when he posted it on the Artist’s Lounge PH Facebook page.  His post has so far generated 5,850 reactions and 773 shares as of 11:27 p.m. on Tuesday, June 16, 2020.

(I didn’t expect that many people who reacted and appreciate the photo of the portrait which I posted.)