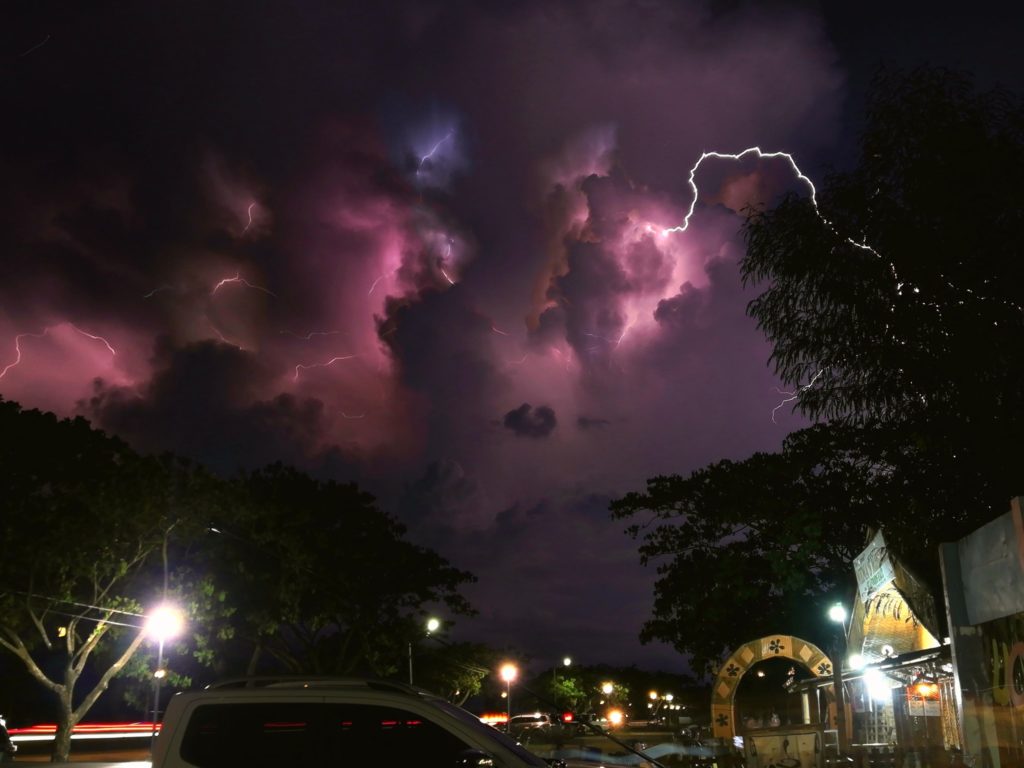 Cadigal, a government employee, then grabbed his smartphone to document the lightning show on June 23, 2020 at around 8:25 p.m.

“[I] noticed the thunderstorm above the Guimaras/Panay area.  I know it’s far Coz we cannot hear the thunder. Just nonstop lightning,” he said.

Cadigal said that it took him a series of long exposure shots to capture the flashes.

According to him, he was less surprised when he saw the lightning flashes as it was quite common lately in their area.

However, Cadigal was shocked when his photos of the flashes, which was uploaded in his Facebook account, made rounds online.

“I was actually surprised and amused that it went viral,” he said.

Some netizens were amazed with the lightning flashes taken by Cadigal.

While Kii said in the post, “Hi sir good eve! I shared this via twitter!! these shots r burning!! all credits to you.”/dbs