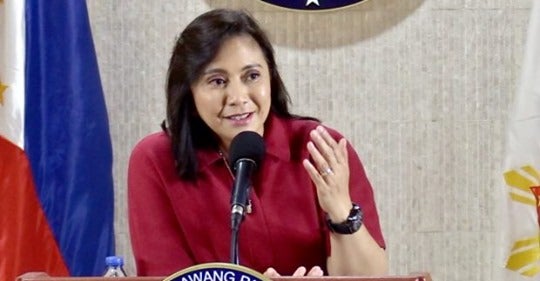 MANILA, Philippines — Vice President Leni Robredo on Tuesday said it is wrong as it is “self-defeating” to just blame Cebuanos over the rising cases of COVID-19 in Cebu City.

In an interview with Teleradyo Cebu, Robredo explained that quarantine measures were imposed to take care of people and not to put the burden of minimizing coronavirus infections on the public’s shoulders.

She also noted that the government’s approach towards the pandemic should be to care for its citizens and shun presumptions that people are causing the spike in COVID-19 cases which leads to being punitive.

The Vice President likewise stressed that there are cases where people within a local government unit (LGU) have adhered to the rules and regulations, provided that the government officials were able to communicate the orders properly.

She also mentioned several incidents showing cases where the government immediately assumed that people were bent on disobeying quarantine regulations, like the case of former Army Cpl. Winston Ragos who was shot dead by a police officer despite him having a mental disorder, and the jeepney drivers who were arrested for protesting the government’s transport ban.

Previously, President Rodrigo Duterte scored Cebuanos for being overconfident and hard-headed, which supposedly led to increasing coronavirus transmissions in the city.

Past and present Cebu officials – from former mayor Tomas Osmeña to incumbent Mayor Edgardo Labella – defended the city and its people from Duterte’s statements, saying there are other factors to why Cebu has a high number of COVID-19 infections.

Robredo’s team from the Office of the Vice President and their private partners have taken their efforts to Cebu amid growing concerns in the city, offering shuttle services and dormitories for frontliners, similar to what they did in Metro Manila during the early part of the pandemic.

As of now, there are three dormitories in the area, one in Cebu, and one each in  Mandaue City and Talisay City.  The shuttle service routes are available on Robredo’s official Facebook page.