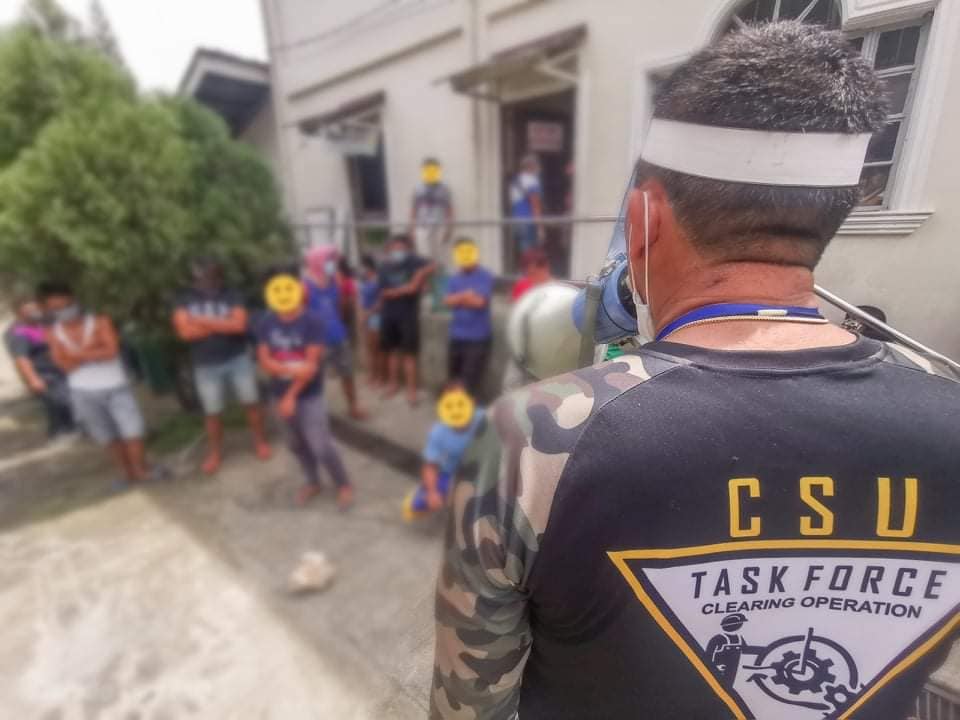 The Toledo City government continues to roundup violators of City Ordinance 2020-006 that provide health and quarantine protocols to be followed in the city. | PIO Photo

MANDAUE CITY, Cebu – Two personnel of the Bureau of Fire Protection (BFP), a public servant who is also a businessman, and a government employee were among the seven new cases of the coronavirus disease in Toledo City.

In an advisory that was posted late night on Saturday, July 11, the Toledo City Public Information Office (PIO) said that the patients were exposed to COVID-19 positive individuals.

As of Saturday, Toledo City already logged 67 confirmed cases of the infection, the advisory said.

Patient No. 61 is a 24-year-old call center agent who is based in the neighboring Balamban town. She was made to undergo rapid testing on July 2 in compliance with company requirements and was subjected to confirmatory testing the next day.  The patient is now isolated.

A 63-year-old security guard from Barangay DAS is patient No. 62.  The patient was admitted for pneumonia but his swab test results showed that he was COVID-19 positive.

This 28-year-old BFP personnel from Barangay Cantabaco is Patient No. 53.  He is assigned in Mandaue City and was made to undergo swab testing on July 6 after he was exposed to a person who has the infection and has been on quarantine since.

A public servant and businessman from Barangay Poblacion is patient No. 64.  The 53-year-old decided to isolate himself after he started to experience coughing and fever on July 1.  He was made to undergo swab testing on July 8 and was admitted to a private hospital in Cebu City the next day after he complained of breathing difficulty.

Patient No. 65 is a 40-year-old BFP personnel from Barangay Awihao.  The patient had a sore throat on July 2 and was made to undergo a swab test on July 8.

A couple from Barangay Luray II both got the infection and were swabbed on July 8.  They are considered as Patient Nos. 66 and 67.  The husband, 36, is a government employee who started to experience coughing, fever, and abdominal paints following his exposure with a COVID-positive individual.  He underwent self-isolation starting on July 27.

In its advisory, the Toledo City PIO said that contact tracing has already commenced for all of their new cases.