With Cebu City in GCQ, PUVs may now do cross-border travels 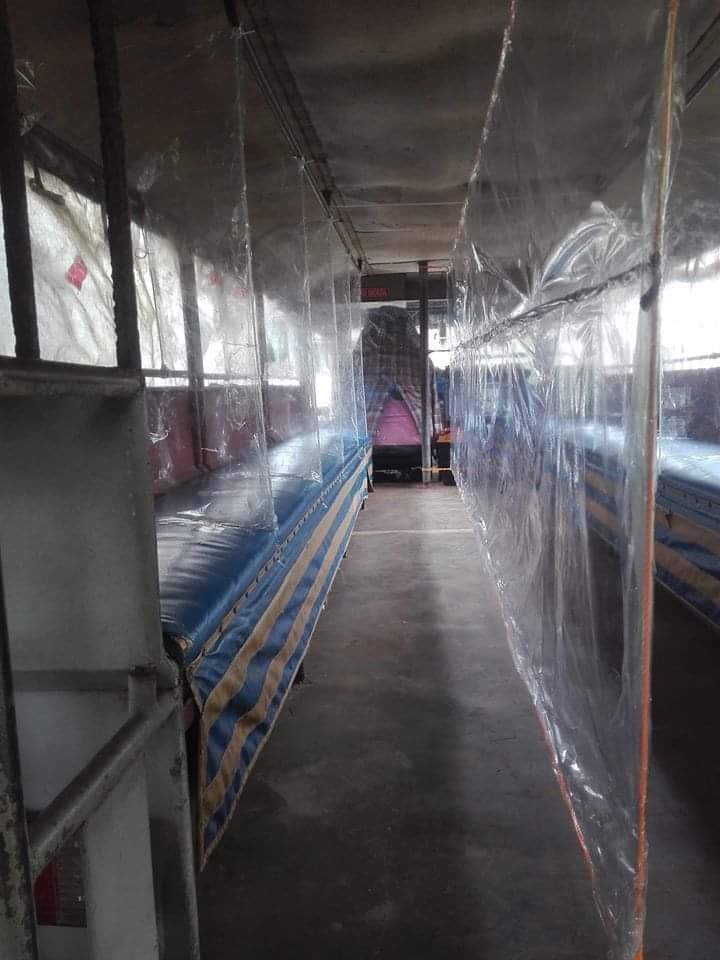 Prototype of plastic shields in a jeepney. | Photo Courtesy of Councilor Jerry Guardo

The Land Transportation Franchising and Regulatory Board in Central Visayas (LTFRB-7) issued a memorandum dated July 31, 2020, for the reopening and adding of rationalized routes in areas under a modified GCQ (MGCQ).

The memo also allowed PUVs operating within some of Metro Cebu’s cities on crossing borders.

Of this number, most were granted to taxis while 120 were for modern jeepneys and 20 for buses.

“We have issued more than 3,000 special permits to PUVs. But most of these were for taxis. 120 others were for modern jeeps doing cross-border travels in Metro Cebu,” Montealto said in a mix of Cebuano and English.

The LTFRB-7 official reiterated their office’s directives that traditional public utility jeepneys (PUJs) are not allowed to operate in areas under GCQ.

While they are prohibited under GCQ, Montealto said LTFRB – 7 gave clearance for some traditional jeepneys in Cebu province to resume on their regular routes. However, he added that only a few were able to actually go back on the roads.

“This is because in MGCQ areas, while we allowed the resumption of traditional jeepneys, operators must still comply with several requirements,” said Montealto.

According to Montealto, drivers and operators of traditional jeepneys in areas under MGCQ must first pass road-worthiness inspection from the Land Transportation Office (LTO), be granted with a Special Permit from their office, valid certificate of public convenience, and passenger insurance policy.

“We also remind our operators that their jeepneys must have markers for physical distancing or barriers between passengers before returning on the roads,” he added.

Montealto said that based on their recent inspections, most of the traditional jeepneys plying in Cebu province have complied with their mandates. /dbs