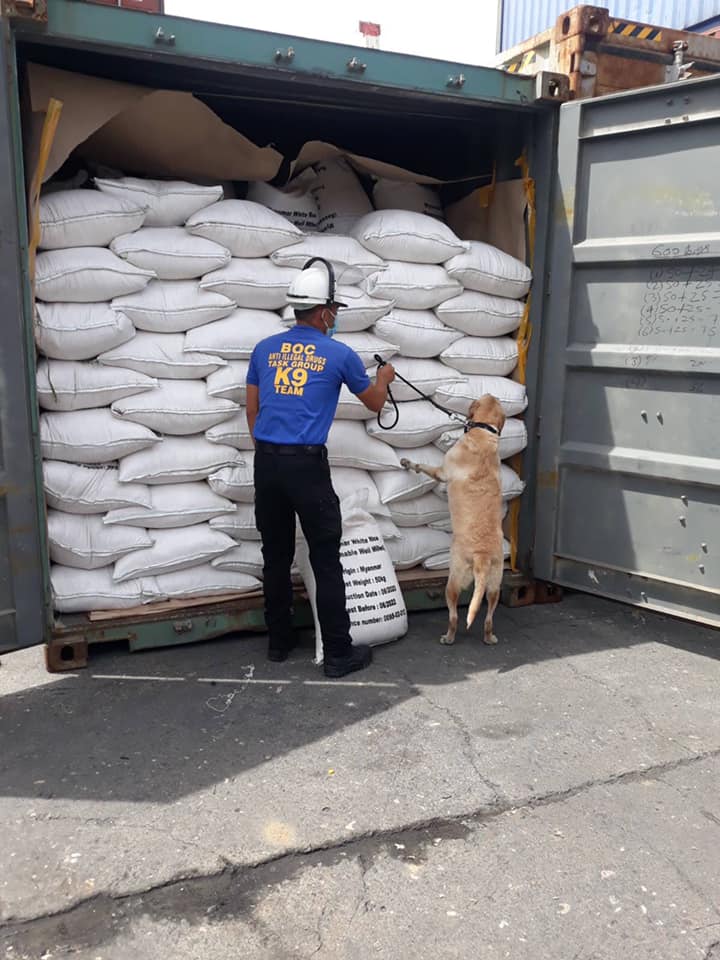 The Bureau of Customs Port of Cebu seized almost half a million worth of smuggled rice. | Photo Courtesy of BOC

CEBU CITY, Philippines — Almost half a million worth of smuggled rice was intercepted by the Bureau of Customs (BOC) Port of Cebu in one of the ports in Cebu City.

BOC reported that Myanmar White Rice was attempted to be smuggled into Cebu through a shipment from Kaohsiung, Taiwan, which reached Cebu docks on July 23, 2020.

“The Inward Foreign Manifest declared the shipment to contain personal effects of the consignee, a certain Theresa Lawas who is allegedly a resident of Barangay Pansoy, Municipality of Sogod, Cebu. ESS operatives checked with Barangay Pansoy and confirmed that it had no resident named Theresa Lawas,” said BOC Port of Cebu in a statement.

With this, Acting District Collector Charlito Martin Mendoza issued a Pre-Lodgement Control Order (PLCO) against the shipment on July 29, 2020.

They found 495 bags of Myanmar White Rice, which were not covered by any Sanitary and Phytosanitary Clearance from the Bureau of Plant Industry.

Consequently, Mendoza issued a Warrant of Seizure and Detention against the shipment for violation of Section 1113 (f) and (l) par. 5 of the Customs Modernization and Tariff Act (CMTA).

Mendoza reminded the importers to properly declare their goods and to identify themselves in shipping documents. He also called on the public to report to the BOC any information about illegal shipments that are attempted to be brought into the country.

“Report what you know, even anonymously, so we can verify, investigate, and seize smuggled goods. This way, you are helping the government in our anti-smuggling campaign and in our economic recovery during this pandemic,” urged Mendoza.

Last month, the Port seized various smuggled goods worth over P14 million. This latest apprehension is part of the Port’s intensified campaign against smuggling as directed by the Commissioner, Rey Leonardo B. Guerrero. /bmjo