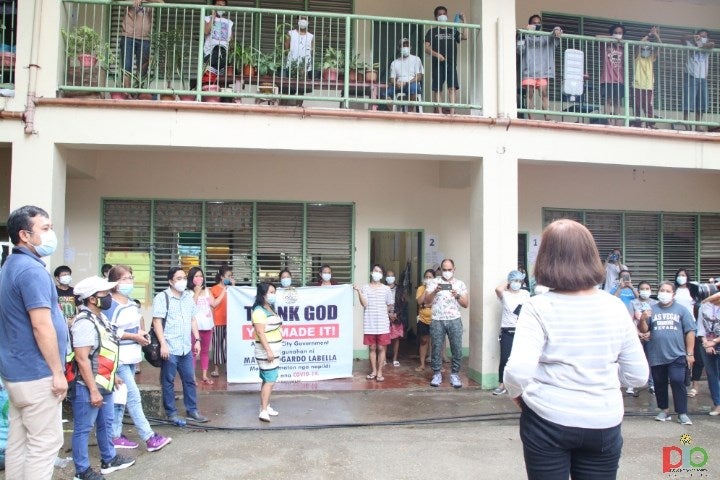 At least 400 recovered COVID-19 patients have been released from the isolation centers in Cebu City. | Photo courtesy of Cebu City PIO

CEBU CITY, Philippines — The Department of Education in Central Visayas (DepEd-7) will be looking into a compromise with the local government units that are asking for the extension of their use of some public schools as isolation centers beyond August 15, 2020.

Read: DepEd allows extension of use of public schools for isolation centers in CV

However, the academic year would already begin on August 24, 2020 and the schools still need to be decontaminated before the teachers would return and the students would come to take their modules for the new distance learning.

With this, DepEd-7 Director Cristitito Eco said they were looking into allowing one school per LGU as an isolation center while the rest of the public schools could already open for the academic year.

He said that the school serving as an isolation center could share facilities with another school since with the new distance learning, students would not be going to the schools physically anyway, except for getting or submitting the modules.

“Initial discussion will be finalized this week. If wala talaga mapuntahan ang LGU, pwede siguro na magexplore ang option na isang school lang. (If the LGU do not really have a place, we can explore the option of one school),” said Eco.

For Eco this arrangement would be a compromise that would help both the LGU and at the same time allow education to continue in the schools.

The director said he would seek dialogue with the LGUs affected to iron out the details on how to go about the allowing only one school as isolation center. /dbs