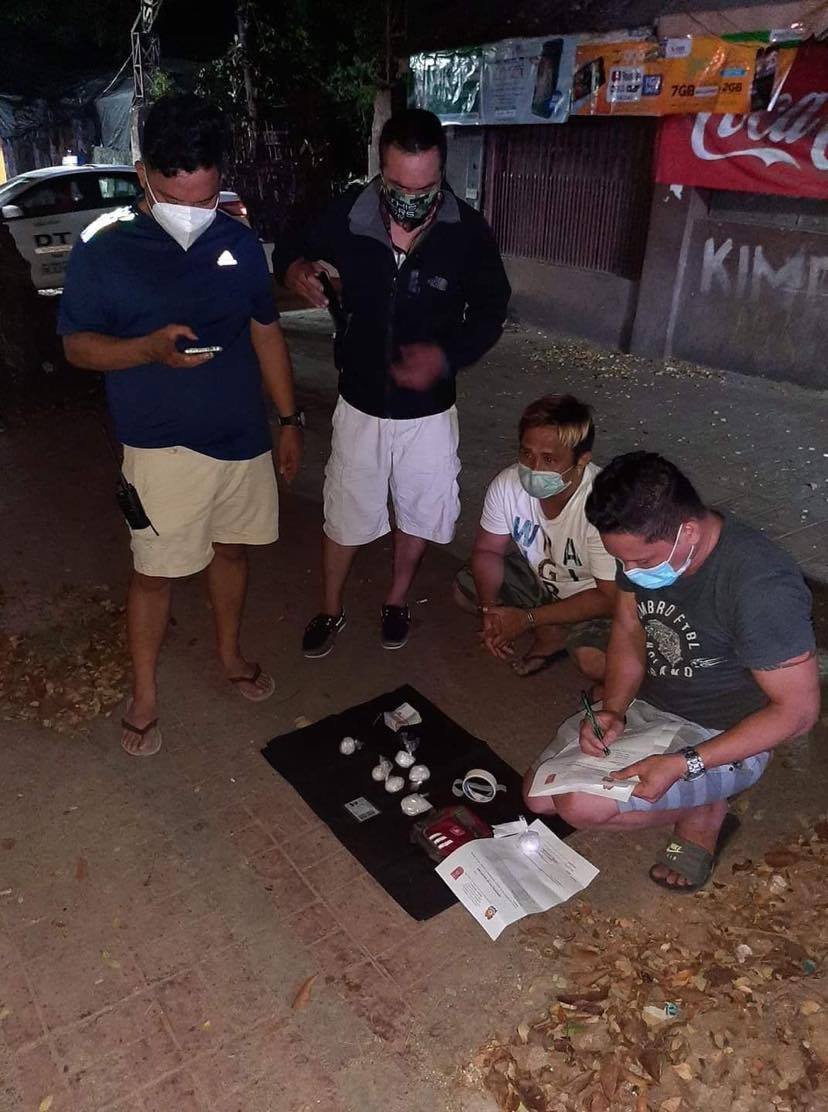 A 39-year-old man was arrested with P1.3 million worth of suspected shabu during a buy-bust operation in Barangay Smabag 2, Cebu City Sunday night, September 6, 2020. | Photo courtesy of Abellana Police Station

CEBU CITY, Philippines — Drug suspect Christopher Luces Babatid does not stay in one place.  He would prefer to meet with clients in certain areas in the city to deliver shabu.

But Abellana police put an end to his yearlong operations Sunday night, September 6, 2020.

Babatid, 39, was arrested in a buy-bust operation along Osmeña Boulevard in Barangay Sambag 2 in Cebu City, where he was supposed to meet with a buyer.  He was unable to resist arrest after he was surrounded by policemen.

(We recovered a huge volume [of shabu] because he is yet to dispose of his supply.)

Quijano said that Babatid gets his supply of shabu through an inmate of the Cebu City Jail.

Babatid, a resident of Sitio Mangga in Barangay Calamba, is listed as a high-value individual by Cebu City police.  He is able to dispose of 100 to 200 grams of shabu each week, Quijano said.

Quijano said they placed Babatid under surveillance for two weeks before they planned the buy-busy operation Sunday night.

Complaints on the disposal and possession of illegal drugs are now being prepared for filing against Babatid while they continue to investigate his shabu supplier, Quijano said./ dcb