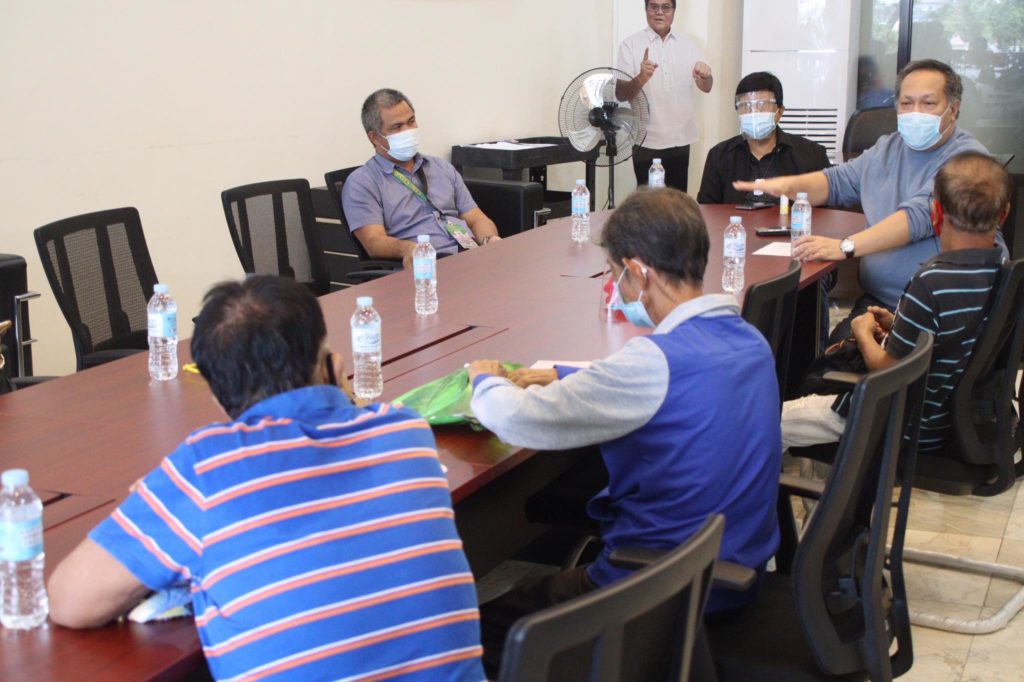 Cebu City Mayor Edgardo Labella and Councilor James Cuenco discuss with jeepney operators the formation of a task force that would help them return to the streets. | Photo Courtesy of Cebu City PIO

CEBU CITY, Philippines — Cebu City Mayor Edgardo Labella has ordered the formation of a task force that would help jeepneys here get back on the streets.

The mayor called a meeting on Thursday, September 17, 2020, with certain jeepney operators and Councilor James Cuenco to discuss how the city can convince the Land Transportation Franchising and Regulatory Board (LTFRB) to allow the jeepneys to ply the streets again.

Labella tasked Councilor James Cuenco to lead the task force and help the jeepney drivers appeal to the LTFRB.

The Cebu City Public Information Office (PIO) revealed that the jeepneys will have to follow certain guidelines for their return to the streets, including the passing of the Motor Vehicle Inspection.

(In order for the LTFRB to allow the jeepneys back, Councilor Cuenco said they must pass the Motor Vehicle Inspection with new and quality wheels, complete lights in the front and rear, placing of barriers, no pending violation for the past year, and the drivers will have to be swabbed by the city government.)

The city government also promised to provide 10 liters of gasoline per day to the jeepney drivers who will the pass the Motor Vehicle Inspection. Each jeepney will have a Cebu City Transportation Office (CCTO) sticker to signify that they are compliant and are viable to operate on the streets.

The Alliance of Transport Organization Member Intra Cebu City-ATOMIC is asking the Cebu City government and the LTFRB to at least allow 15 jeepneys to ply each basic route.

Rodolfo “Rody” Laconsa, the group’s president, said the jeepney operators and drivers will comply in the hopes of returning to the streets.

He said that jeepneys returning to the streets will not be a boost to drivers who lost their sources of income in the past six months since the COVID-19 pandemic started, but also help the workers traveling to workplaces now that the city is under modified general community quarantine. /bmjo