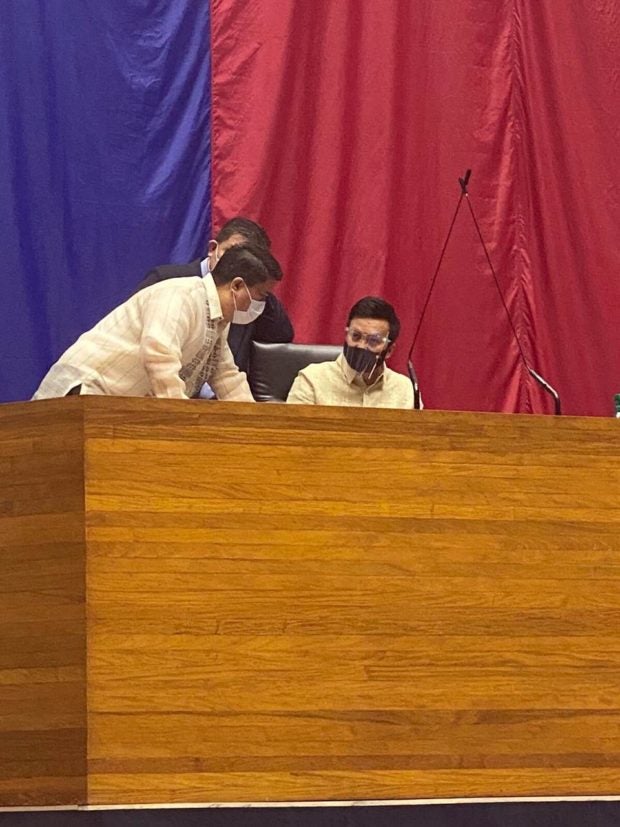 resumptive Speaker Lord Allan Velasco sits at the Speaker’s rostrum for the first time after he was elected at the helm of the House. Photo courtesy of Diwa party-list Michael Aglipay

This came after the House ratified Velasco’s speakership election during Tuesday’s (October 13, 2020)  session held earlier than the 3 p.m. schedule.

This was done in a bid to remove questions over the legality of the proceedings at the Celebrity Sports Club on Monday where 186 lawmakers “elected” Velasco at the helm of the lower chamber.

On Monday, Cayetano called the proceedings at the Celebrity Sports Club a sham.

This is a developing story.