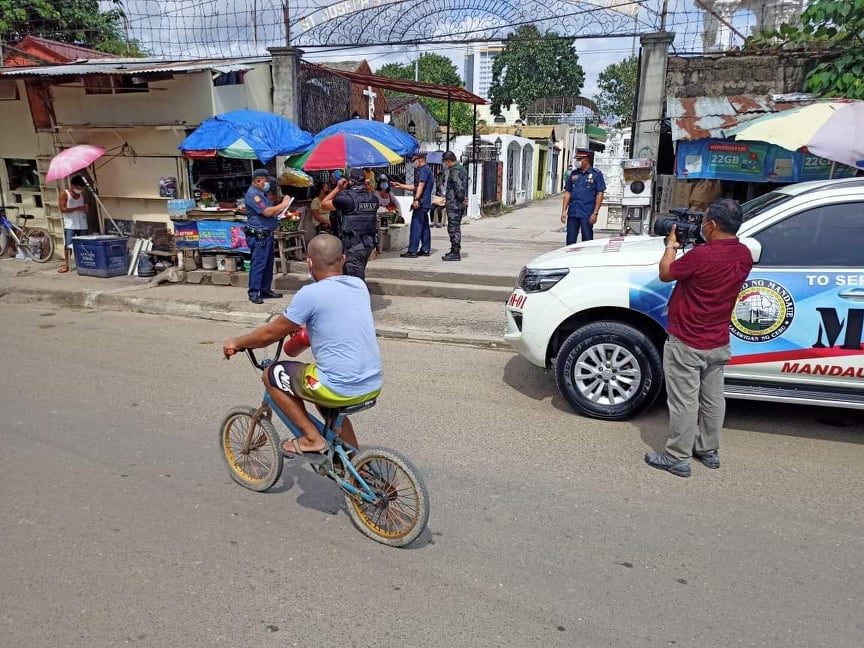 MANDAUE CITY, Philippines — The police, the disaster risk management and traffic personnel are making sure that health safety protocols and preparations to secure the cemeteries are put in place as they conducted an inspection on October 22, 2020 in the city’s cemeteries.

” So far gamay pa nanganhi (So far, there are fewer people who came to visit the cemeteries),” said Abella, who led the inspection team made up of personnel of the MCPO, Disaster Risk Reduction and Management Office (DRRMO) and Traffic Enforcement and Management (TEAM).

Aside from checking of the number of people in the cemeteries, they also made sure that safety protocols were being followed, and they also spoke with the management of cemeteries regarding the safety and health guidelines.

(To all our public and private [cemeteries], it is required that only 30 percent of visitors will only be allowed to enter.)

(We appealed to the management that they place a counter at the entrance like that of a boat, and they will provide it, which they will place at the security area.)

Abella added that the personnel from MCPO, DRRMO, and TEAM will be augmented in the cemeteries this Saturday, October 24, 2020.

As of now, the MCPO has deployed two police personnel in each of the cemeteries.

Meanwhile, Arnold Malig-on, TEAM operations chief, said that they would still observe this Saturday to find out if it would be necessary to close some roads.

(Before 29 because (cemetery) will be closed after. We will close (roads) if more people will visit, but on the 24th, we will only implement a normal traffic plan.)