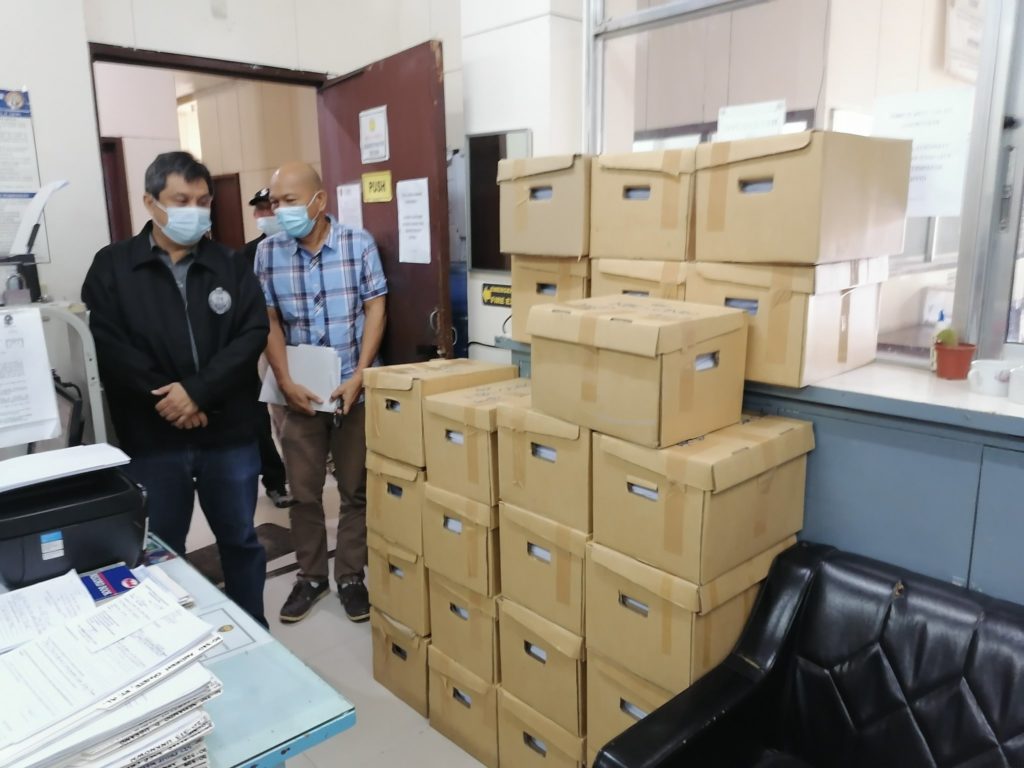 CEBU CITY, Philippines – A total of 12 individuals, including public officials and medical practitioners, are now facing complaints before the Office of the Ombudsman in the Visayas over allegations of fraud involving coronavirus disease 2019 (COVID-19) claims.

Operatives from the National Bureau of Investigation in Central Visayas (NBI-7) filed multiple criminal and administrative complaints against eight officials from the Philippine Health Insurance Corp. (PhilHealth) and four officers from a private hospital in Cebu City when they discovered irregularities in a patient’s health claims.

The cases included alleged violation of the Anti-Graft and Corrupt Practices Act, Code of Conduct and Ethical Standards of Public Officials and Employees, and Malversation of Public Funds.

In a follow-up press conference, NBI-7 director and lawyer Renan Augustus Oliva said their decision was in line with the mandates from President Rodrigo Duterte, tasking the Department of Justice to conduct an investigation on allegations of anomalies plaguing PhilHealth.

CDN Digital has already reached out both to PhilHealth-7 and Perpetual Succour Hospital Inc. for their statements but as of this posting, only PhilHealth-7 responded, saying they will be issuing a statement within the day.

Oliva said this stemmed from their findings that the officials and hospital officers allegedly connived to siphon over P300,000 in COVID-19 claims from a patient, referred to as Patient X, who died due to other causes last May.

NBI-7 requested not to divulge the full identity of the patient, citing confidentiality agreements.

“This is an example of an ‘upcase’ wherein the patient’s medical case rate package (for PhilHealth claims) was updated, upgraded,” said Oliva in a mix of Cebuano and English.

PhilHealth, in its official website, defined upcasing as a fraudulent practice among healthcare providers in which benefits and claims were padded to collect higher reimbursements.

In the case of Patient X, Oliva said his living relatives were surprised when they received information from the state-ran firm that severe COVID-19 claims amounting to P333,519 were credited to Perpetual Succour Hospital.

This, despite the fact that Patient X’s death was due to non-COVID-19 pneumonia, and that he already tested negative for SARS-CoV-2 in at least three tests, including a real-time polymerase chain reaction (RT-PCR), prior to his death.

“Claims for non-COVID pneumonia only amounted to P32,000. This is called an upcase because his claims were updated to severe COVID-19 in which the hospital can get P333,519 from PhilHealth,” explained Oliva.

He added that when investigators asked the hospital and PhilHealth about their discovery of an upcase, the latter attempted to reason it out multiple times.

One of them was PhilHealth’s Circular No. 9, Series of 2020, and that they reportedly forgot to put the patient’s RT-PCR test showing he was positive for COVID-19.

However, Oliva said, their responses were not supported.

But the case involving Patient X will not be the last as NBI-7 disclosed that their bureau is investigating over 100 cases of possible fraudulent COVID-19 claims in Central Visayas.

““We’re investigating tons of claims for COVID-19. And there is a likelihood that there could be cases claimed as COVID-19 but the truth is, they are not,” said Oliva.

Cebu City was once tagged as the epicenter of the COVID-19 outbreak in Central Visayas, and last June, it was the only area in the country that was reverted back to enhanced community quarantine (ECQ) due to rapid transmission of the virus.