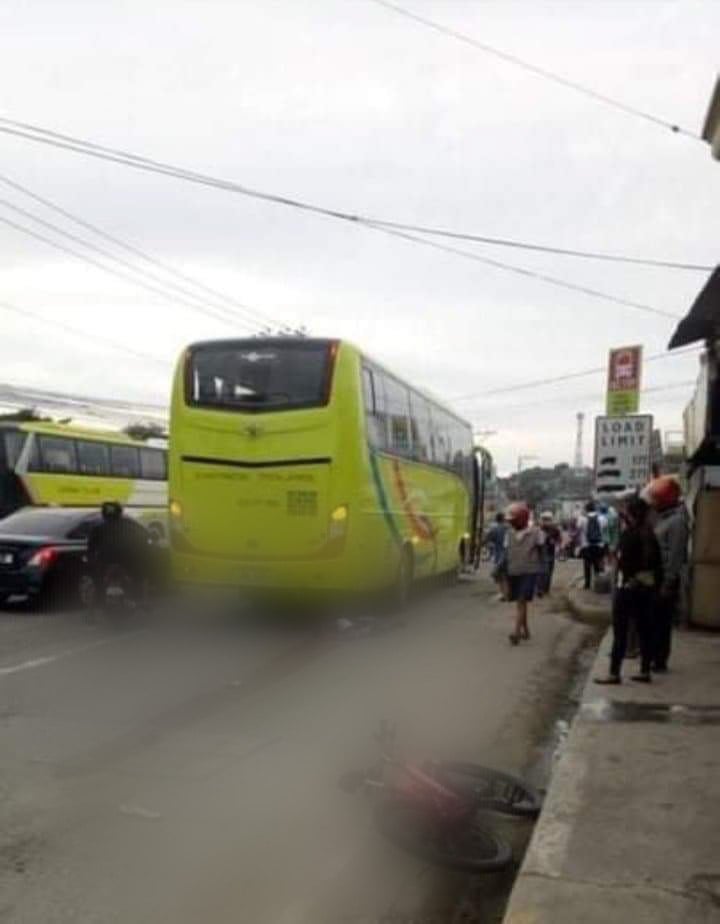 CONSOLACION, Cebu – Another bicyclist was killed in an early morning road accident this Saturday, October 31, 2020.

The victim, who remains unidentified, got hit by a passenger bus while traversing the national highway in the vicinity of Barangay Pitogo in Consolacion town, northern Cebu at around 6:30 a.m.

Emergency responders declared the bicyclist dead on the spot.

The bus driver was identified as Danny Responte, 32, a resident of Calatrava town in Negros Occidental.

Initial reports from authorities showed that Responte was bound for Cebu City from northern Cebu when the accident happened.

Authorities said they are still gathering more information, as of this posting, to determine the circumstances surrounding the deadly accident which came not more than 24 hours after another cyclist, a security guard from Borbon town, also in northern Cebu, was killed after he was hit by a passenger bus from the same transportation company in Mandaue City.

Consolacion is a first-class municipality located approximately 20 kilometers north of Cebu City and borders Mandaue City on the north. / dcb