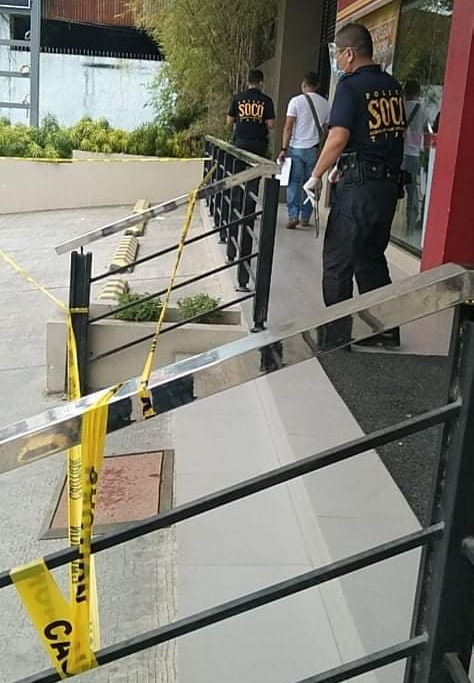 Forensic experts from the Scene of the Crime Operatives (SOCO) cordon the area in Barangay Banilad, Cebu City where a lawyer was ambushed on Monday afternoon, November 23, 2020. CDN Digital photo | Paul Lauro

CEBU CITY, Philippines — Cebu City Mayor Edgardo Labella has instructed the Cebu City Police Office (CCPO) to find the mastermind in the killing of Lawyer Joey Luis Wee, who was shot dead outside his office in Barangay Kasambagan on Monday, November 23, 2020.

In a phone conference with reporters on November 24, 2020, Labella, who is also a lawyer, said that he condemns the killing of a brother in the legal profession for “doing his job.”

The police are looking into the cases recently handled by Wee, which they believe may have something to do with his killing.

The mayor said that the police should not only find the killers but the mastermind as well.

The mayor also said that lawyers should not be the target of violence for doing their job objectively.

Labella also thanked the National Bureau of Investigation (NBI) for also helping in the investigation since with their help and that of the police, the case is expected to move forward faster.

The mayor ordered the police to go all out and solve the case so that lawless elements will be given a warning that criminal acts are not welcome in the city.

“We need to show these people that crime does not pay,” said the mayor.

Since the suspects of the lawyer’s shooting were two people on board a motorcycle or a riding in tandem, the mayor ordered the intensified checkpoint for motorcycle backriders.

He said that more vigilant checkpoints may prevent criminal acts especially the riding-in-tandem.

The checkpoints must not only check the documents of the driver but also that of the passenger if they are allowed to go out such as having a quarantine pass or a certificate of employment.

Through these preventive measures, the mayor hopes criminal activities in the city will be lessened if not totally eradicated. /rcg