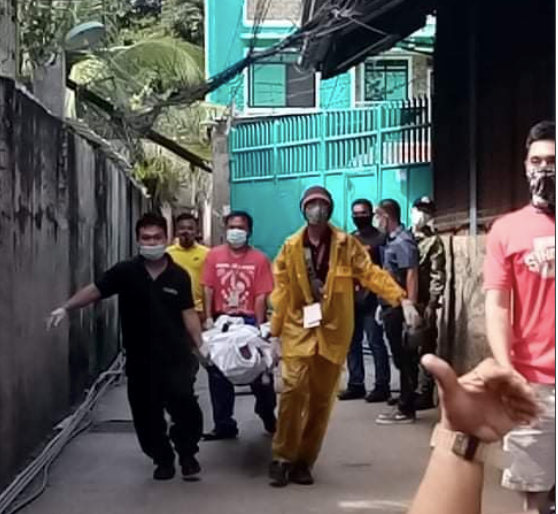 The forensics team of the Scene of the Crime Operatives retrieve the body of Engineer Reynaldo Villamil, who was a Cebu City barangay councilor, in an alley where he was shot dead by an unidentified gunman this noon of November 30, 2020. CDN Digital photo | Paul Lauro

Engineer Ponciano Villamil, Barangay Kinasang-an councilor, was passing along an alley near his home on his way to the barangay hall at noon today when the gunman, who waited for him in the alley, shot him with a handgun twice in the back.

The emergency rescue team, who responded to the shooting alarm, declared Villamil “dead on the spot.”

As of this time, the policemen of Pardo Police Station are conducting a hot pursuit operation of the unidentified gunman, who was seen by several witnesses fleeing from the scene after the shooting.

A closed circuit televison (CCTV) footage captured how a man in red shirt and khaki short pants, who was wearing a black cap and mask, fled from the alley after shooting Villamil.

Barangay Captain Susan Enriquez, told reporters that they only knew that there were some complaints against Villamil about land matters. /dbs