One dead in Danao, hundreds in central Cebu evacuated due to floods 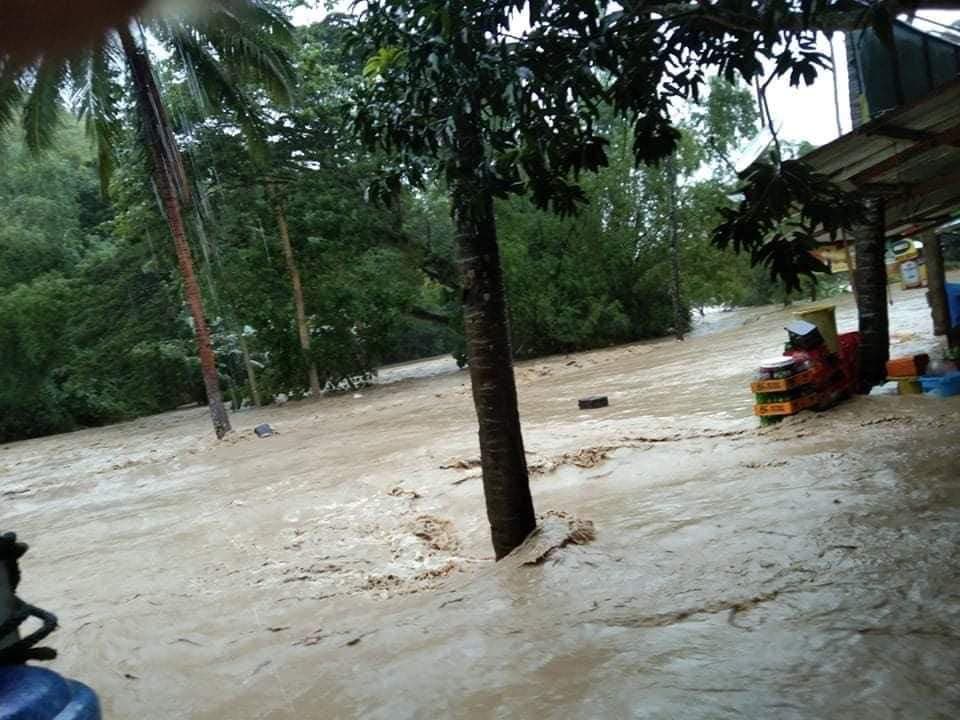 Residents in several barangays in Tuburan town, northwestern Cebu asked for help online as floodwaters there continue to rise due to incessant rains. At least 11 barangays were reportedly submerged in floodwaters. | CONTRIBUTED PHOTO VIA PAUL LAURO

CEBU CITY, Philippines – Jay Waren Almaden was not able to report to his workplace in Lapu-Lapu City on Wednesday morning, December 2, 2020.

He was the lone fatality of the floods experienced in several parts of central Cebu that also prompted officials to evacuate hundreds of individuals.

Danao City’s Disaster Risk Reduction and Management Office (DRRMO) said Almaden was reported missing earlier that day by his wife when she discovered his abandoned motorcycle near a spillway in Barangay Oguis.

Roland Reyes, head of Danao City’s DRRMO, said they suspected the 27-year-old victim, who resides in Barangay Lawaan, slipped while attempting to cross the spillway.

“Possibly he tried to cross the spillway and it was slippery. The spillway was not that wide but due to rains in the mountains, the current was strong and maybe he was swept away to the deeper parts,” said Reyes in Cebuano.

Reyes said passersby found Almaden’s body stuck in floodwater debris that was washed ashore on the banks of Tangon River in Barangay Sta. Rosa past 4 p.m. on Wednesday, or around seven hours since he was reported missing to the authorities.

“If the river’s water levels haven’t subsided, the body wouldn’t have been exposed to passersby,” he explained.

Reyes added that Barangay Oguis is a hinterland village, and is located around 20 to 30 kilometers away from where the corpse of Almaden was retrieved.

The state weather bureau, on December 2, announced that rains experienced in Cebu were due to the presence of two weather systems – the tail-end of a frontal system and the extensions of a low-pressure area (LPA).

The LPA, according to the Philippine Atmospheric Geophysical and Astronomical Services Administration in Mactan (Pagasa-Mactan), was spotted 105 kilometers east-northeast of Catarman, Northern Samar as of 11 a.m., December 2.

“These weather systems will bring cloudy skies with scattered rains and thunderstorms that could lead to flash floods and landslides in all provinces of Visayas, together with Occidental Mindoro and Palawan, including Kalayaan Group of Islands,” said Netherlin Delfin, weather specialist of Pagasa-Mactan, in Cebuano.

As a result, they advised Cebuanos to continually monitor weather advisories as rains are projected to last in the next few hours – and possibly until Friday, December 4.

Data from the Provincial DRRMO, as of 5 p.m. on Wednesday, showed that close to 400 individuals from four local government units (LGUs) – Danao City, and the municipalities of Tuburan, Balamban and Asturias – were evacuated due to rising floodwaters.

Bulk of these came from Danao City with 113 individuals from Barangay Taboc – Kamaligbato.

PDRRMO’s report also stated that floodings experienced in the towns of  Tuburan, Balamban, Compostela, and Asturias, and Danao City were due to overflowing rivers.

In Tuburan, a total of 13 barangays were affected by the floodings. Waters reached neck-deep in Barangay Colonia, the report said.

Governor Gwendolyn Garcia, in a press conference, assured that the province will be providing assistance to areas affected by the floods.

“We will address those who have been evacuated. The PSWDO (Provincial Social Welfare and Development Office) will be coordinating with LGUs to determine what assistance is needed and if there’s any,” said Garcia.