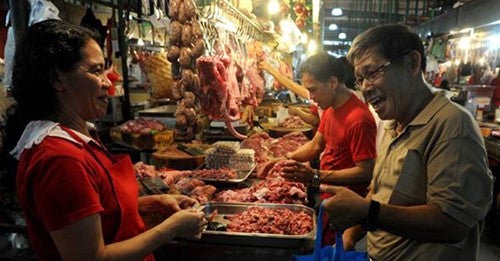 CEBU CITY, Philippines — Cebu City is saying no to wasting food through a new ordinance passed by the City Council that will institutionalize food banks as well as food donation and recycling for restaurants.

The council passed the ordinance on December 2, 2020, and will be endorsed to Mayor Edgardo Labella for signing into implementation.

Councilor Alvin Dizon, the proponent of the ordinance, said that the pandemic brought into light the importance of food sustainability and the necessity of maintaining healthy residents.

“The massive amount of food waste produced vis-à-vis our serious problem on hunger presents an opportunity for the government to take concrete actions to address hunger and adopt a policy and legal framework especially at the local level to promote, facilitate and ensure the reduction of food waste through a mandatory system of redistribution of edible foods surplus to charities and recycling,” said the councilor.

The ordinance is aimed to regulate the wasting of edible food surplus among restaurants, canteens, culinary schools, groceries, supermarkets, and public markets by donating these to a city-managed food bank or to an adopted community.

Edible food surplus is food that is still fit for human consumption but is already considered unfit for retail or selling in the said establishment. These types of food must be donated to a food bank for storing.

The food bank will be managed and regulated by the Department of Social Welfare and Services (DSWS) as any edible food surplus will be turned into food fit for consumption to be distributed to the food poor communities, or communities that lack access to proper nutrition.

The food bank would also be another way to secure the food supply of the city should there be calamities such as disasters and pandemics.

In the ordinance, all food establishments including supermarkets have to submit a Business Waste Reduction Action Plan (BWRAP) to the DSWS and should also provide means on how they will be donating their edible food surplus and recycling the unedible food surplus.

Unedible food surplus should be turned to fertilizer, which can then be distributed to the farmers in the mountain barangays.

The ordinance would also form the Food Bank Governing Board, which would formulate guidelines on the management of the food banks and the types of edible food surplus that shall be accepted in the banks.

Finally, the ordinance prohibits the reselling of donated food, and any individual or entity who will violate this would face a P1,000 to P5,000 penalty depending on the number of offenses made.

Dizon is hoping for the full implementation of the ordinance as this would reduce the wastage of food in the city at the same time securing the food supply in times of need. /rcg