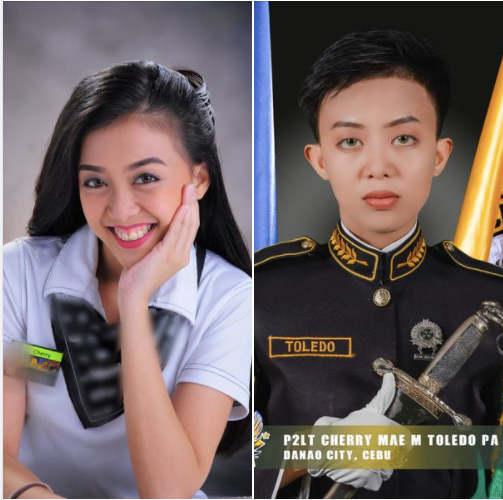 Cherry Toledo, a fastfood chain manager, has recently graduated from the Philippine Army’s Officer Corp’s Training Course and is set to be assigned to a unit. | Contributed photos

CEBU CITY, Philippines— Cherry Toledo says being part of the Army is not just a job but a calling.

Toledo came to the limelight with her inspiring story of perseverance leading to her success.

But she knew from the start that she wanted to become something else.

“After college graduation, for 3 months I was working as a manager on the same fast-food chain. But I felt that there was something lacking and that I wanted to do something more. And it was joining the officer corps of the Philippine Army,” she said.

The 21-year-old Toledo added this was her way of finding her purpose in life.

For a year of training, Toledo knew that this was all worth it and that being in the Philippine Army will fulfill her dreams.

“It’s a kind of work that pays you to be stronger (physically and emotionally), smarter and be a keen observer. But actually, it is not just really about the pay. Even before college, I always wanted to be part, to be one of those who protect the land and serve the people,” she said.

Toledo, before joining the Philippine Army,  was gracing the local pageant stage to earn extra income during her college days to help pay for her expenses.

Now, after graduating from the Officers Corps Training of the Philippine Army last December 22, she is on break for a month before starting her scout ranger orientation course.

“After finishing that course, ara na mi assignan ug unit po (that is the time that we will be assigned to a unit) and start our duty,” she added. /dbs

Read Next
Keeping things moving this holiday season with Lalamove