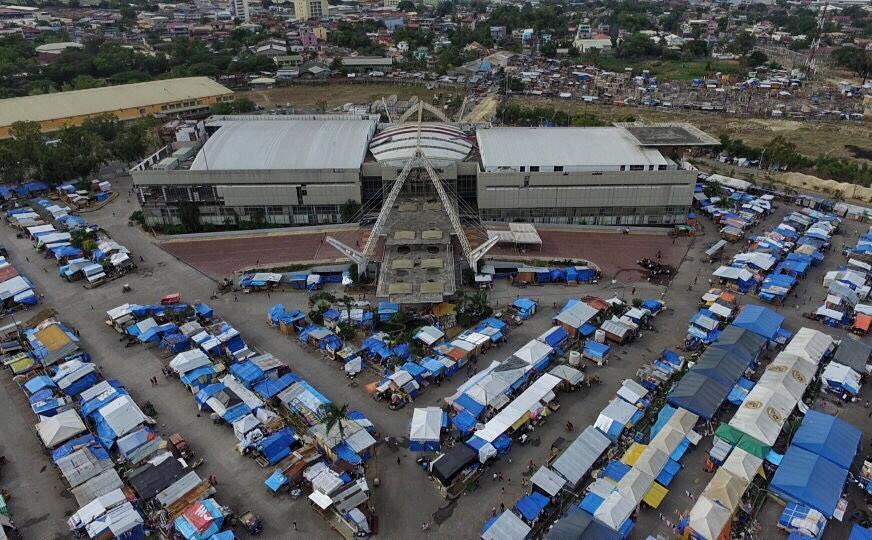 CEBU CITY, Philippines – After criminal cases filed against her were dismissed by the Ombudsman over the controversial Cebu International Convention Center (CICC), Cebu Governor Gwendolyn Garcia wants to claim the property back.

Garcia, in a press conference on Wednesday, January 6, said she was grateful for the state anti-graft investigating body’s decision to junk criminal charges lodged against her and 11 others for allegedly violating the Anti-Graft and Corrupt Practices Act on the construction of the CICC.

“Pasalamat lang ko kaayo sa Ginoo bisan pa man sa tanan (I’d like to thank God that despite all) maneuverings and political affiliations of those that were empowered then, in the end, and I say once again, justice has prevailed. The truth has set not only me but all Cebuanos free,” said Garcia.

With no legal matters hounding CICC, the governor said she wants to ‘recover the property’ which is sitting in a 28,000-square meter lot in North Reclamation Area, Mandaue City.

In doing so, Garcia announced that she is planning to form a technical working group to look into the agreement made between the previous administrations of the Capitol and the Mandaue City Government to sell the CICC to the latter.

“I am thinking of forming a technical working group specifically to look into the CICC transaction which COA has deemed illegal. (And) to now focus on the possible recovery of the CICC,” she said.

The governor added that the group will be composed of Provincial Board (PB) members and consultants from the Capitol.

The CICC was sold for P300 million to the Mandaue City Government in 2017.

But the transaction was flagged by the Commission on Audit (COA), in its Annual Audit Report for the fiscal year 2019, which, in turn, became a basis for Garcia to launch her plans to form a dedicated committee for the property’s recovery.

“Para nako no importante nga ma status quo ante ta (For me, it’s important we go back to status quo ante)… I have to heed the COA audit observation which never sanctioned that transaction and it’s in the audit report – the CICC amongst other things,” she explained.

“Unless I do that I’ll be accused of dereliction of duty, it’s my duty as governor to the Cebuanos,” she added.

Reporters have reached out to Garcia’s predecessor and now Cebu Vice Governor Hilario Davide III for his comments as of this posting.

In a ruling dated December 14, 2020, the Office of the Ombudsman overturned all of its previous decisions and issuances made against Garcia and 11 others over the construction of the CICC.

The CICC was completed in 2006 to host the ASEAN (Association of Southeast Asian Nation) Summit in 2007.

The P800-million property, however, was the subject of controversies after Capitol officials, led by Garcia back then, were accused of bloating its cost and using substandard materials for its construction.

The building eventually fell into disrepair after it suffered double blows in 2013 – the 7.2-magnitude earthquake and Typhoon Yolanda (international codename: Haiyan).

Portions of the property are now being used to house Mandaue City residents displaced by fire incidents. /rcg