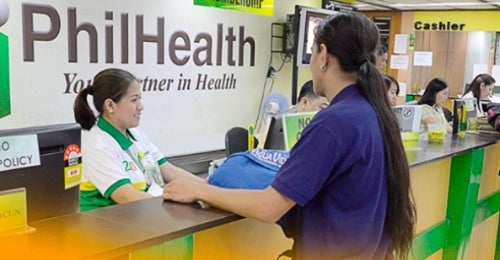 The two are now facing complaints before the Ombudsman after the National Bureau of Investigation here (NBI-7) charged them last February 8 for violating the Anti-Graft and Corrupt Practices Act and conducting malversation of public funds by falsifying documents.

NBI-7 accused both PhilHealth-7 and Chong Hua Hospital of conspiring to siphon public funds by taking advantage of the COVID-19 claims.

The bureau alleged that the regulators from the state’s health insurance corporation failed to scrutinize falsified documents filed by the hospital.

Investigation showed that Chong Hua Hospital reportedly produced fake documents to make it look like one of their patients, a 41-year-old man from Carmen town, died due to COVID-19.

This despite documents showing that the patient’s death was ruled as kidney failure and that he was not qualified for any COVID-19 claims as he tested negative of the infection through real-time polymerase chain reaction (RT-PCR) tests.

PhilHealth-7, in a statement, said their executives did not commit irregularities in processing COVID-19 claims but added they will respond to the allegations ‘in the proper forum’.

“Officers and employees of PhilHealth Regional Office 7 continue to abide by the guidelines in processing claim documents per published circulars of the Corporation which are developed by its policy-making sector and are approved by the PhilHealth Board,” portions of the document read.

Chong Hua Hospital (CHH), one of the largest privately owned hospitals in Cebu City, also denied in a separate statement the accusations hurled against them by NBI-7.

“Chong Hua Hospital categorically denies any mishandling of the PhilHealth benefits of our patients,” the hospital said.

“In particular, we would like to conclusively state that our claims filing and reimbursement procedures for the implementation of COVID-19 benefits for inpatient care (for both probable and/or confirmed cases) are fully compliant with all PhilHealth circulars and guidelines,” they added.

The hospital management also expressed disappointment over NBI-7’s decision to file cases against them.

“While we were initially disappointed that the NBI has given these accusations some merit, we are fully confident that a fair, impartial, and politically unprejudiced investigation will absolve us of any anomalies, and vindicate our good name,” said CHH.

It can be recalled that last October 2020, NBI-7 also filed similar cases against Perpetual Succour Hospital Inc., as well as PhilHealth-7, for upcasing.

Upcasing, as defined by PhilHealth’s official website, is a fraudulent practice among healthcare providers in which benefits and claims were padded to collect higher reimbursements.

“That is only the tip of the iceberg. More investigation will uncover a Pandora’s Box. And I hope the NBI will continue the investigation. I commend the NBI for having the courage and patriotism to file that case,” said Garcia.

Garcia and her family were among those who filed cases against CHH, accusing the hospital and its doctors of medical negligence over the death of her brother, former Barili Mayor Marlon Garcia. /rcg

Read Next
Robber killed in shootout with victim in Yati, Liloan