Cebu City purok’s plea to subdivision’s owners: Give us time to build road 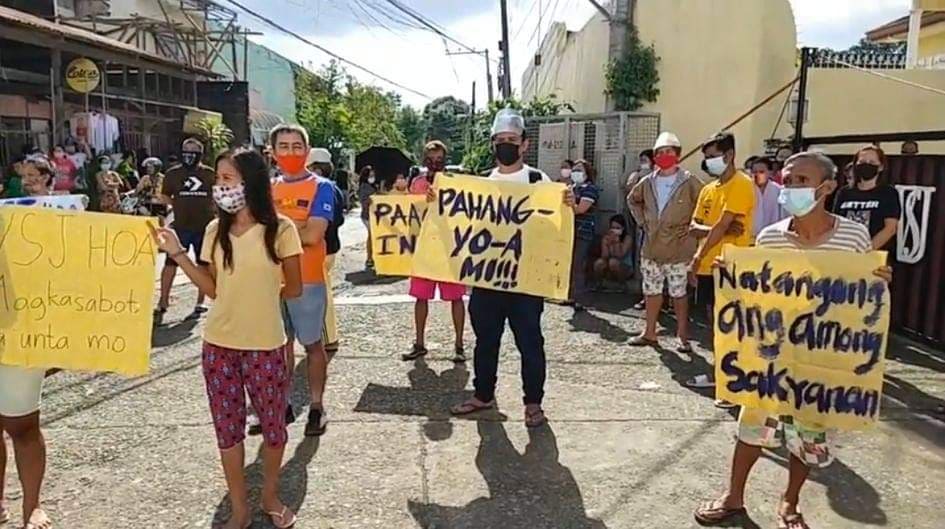 Residents of Purok 2, Barangay San Jose, Cebu City are appealing to owners of a subdivision to let them use the subdivision road for six months — enough time for a diversion road for the Purok to be completed. | Delta Dyrecka Letigio

CEBU CITY, Philippines — The residents of Purok 2, Barangay San Jose in Cebu City are appealing to a private subdivision to allow them to pass through the subdivision’s road while their own diversion road is still under construction.

Over 200 families have been landlocked in their sitio because a neighboring subdivision has closed down their fence disallowing the sitio residents to pass.

This they did after they got a court order allowing them to do so.

However, the sitio residents claimed that the court also specified that other issues with the sitio should be settled first before the subdivision could close the fence.

Jerome Dimayuga, a resident of Purok 2, said that the court had specified that the issue on road passage and drainage must be addressed first.

The barangay and the city government have already intervened with the issue with Vice Mayor Michael Rama going to the subdivision twice to explain to them the road opening will only be temporary at a maximum of 6 months.

However, the homeowner’s association refused to meet with the vice mayor.

The residents of Purok 2, who are titled land owners themselves, gathered outside the subdivision to appeal to the homeowner’s association to be humane and allow them to pass just for the next six months.

(We appeal that they will allow us to use the subdivision road for six months — enough time to have our road completed.)

The City Council approved a resolution, authored by Councilor Jerry Guardo, to urge the subdivision owners to extend the passage for six months.

Councilor Nestor Archival, however, said the road must be completed before six months because the city needs to respect the desires of the homeowners in the private property.

San Jose Barangay Captain Joventino Ardaba said they were working with the Department of Engineering and Public Works (DEPW) to build the road into Purok 2.

He said this was necessary because the entry to the sitio now was too narrow that not even a motorcycle could use it.

In fact, cars of the residents in the sitio have already been trapped there. /dbs