In need of competition, Didal finds ways to prepare for Tokyo bid 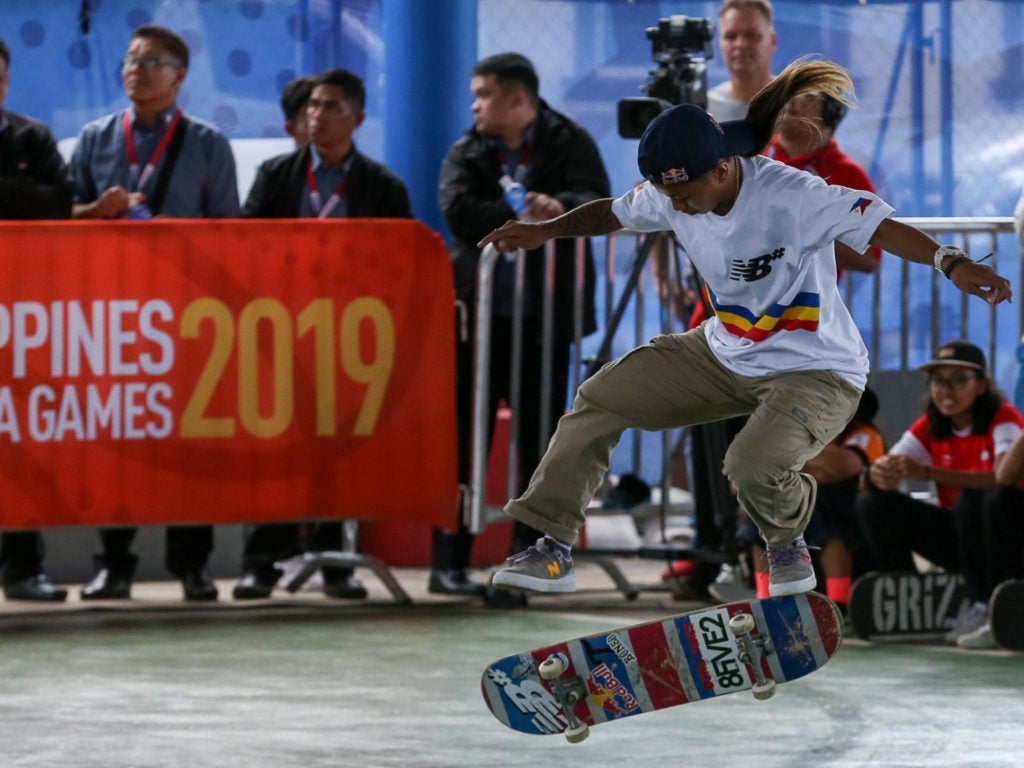 If the Tokyo Olympics were to be held today, Margielyn Didal would be ready to compete.

This was how Skate Pilipinas president Carl Sambrano on Friday described the 21-year-old Olympic hopeful, who is practically a shoo-in for the pandemic-delayed Summer Games.

The same thing could not be said of Didal at the height of the coronavirus-created lockdown in Cebu City last year, when the reigning Asian and Southeast Asian champion felt like a dam waiting to burst as she stared at her skateboard just sitting in the corner of their house.

So Didal decided to ride in makeshift skate spots inside their house, which was still being renovated, filmed herself and competed in online competitions.

“Our kitchen was still being built and my father allowed me to also use the side of my bedroom for a skate spot,” Didal said during the PSC (Philippine Sports Commission) Hour over at Radyo Pilipinas also on Friday.

It takes little to psyche Didal up, according to her coach Dani Bautista, “considering the energy she has.”

And she takes advantage of every available means to get on her skateboard. Her house. A training bubble at Busay Skate Park where she has been practicing since last December. A promotional event for Red Bull in August last year, where she judged a contest of aspiring skateboarders performing in their own do-it-yourself skate spots.

What she needs, though, is an actual competition in a high-level event. Like an Olympic qualifier, perhaps. That would be “ideal,” Bautista said, not because Didal needs to boost her Tokyo bid.

“I’m comfortable with my standings,” said Didal, who is riding up to seven hours a day aside from working out and doing strength training.

Didal is now ranked 14th in the world and the Olympics hands out outright skateboard berths to the top 20.

But Bautista said an Olympic qualifier would prepare Didal because “she gets to compete in that level.”

At Busay Skate Park, a newly-built indoor facility, Didal is joined by fellow national team members Mark Feliciano of Baler and Cindy Serna of Bacolod. The competition experience, according to Bautista, is what’s she’s lacking right now. The Olympic qualifying set for March in Peru has been postponed and Sambrano could not tell when will it be moved.

“But we are ready,” Sambrano told the program. “We are excited for what she has to show in the Olympics (after winning the Asian and Southeast Asian Games).”

The rest of Philippine sports feels the same way.