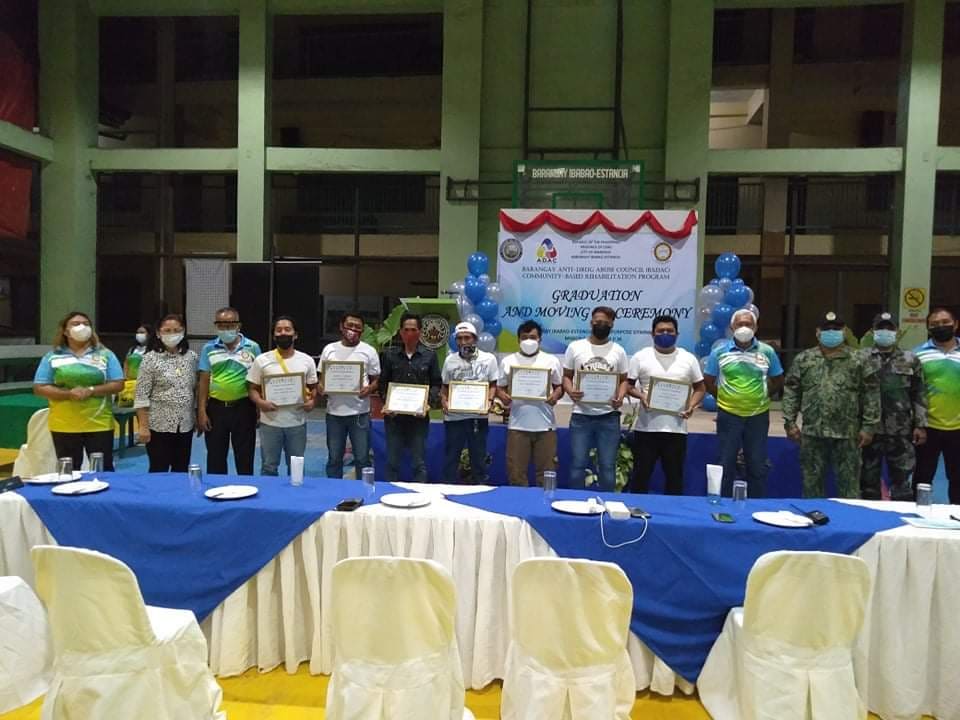 Barangay Captain Romulo Echavez Jr. said it was the first batch of the “drug warriors” who had undergone the four-month program in his term.

The first batch started last November 2020 and had since attended seminars conducted by the Philippine National Police (PNP) and Philippine Drug Enforcement Agency (PDEA) every Fridays. They also had rendered community service for 100 hours.

Echavez said that the drug surrenders were given five kilos of rice after every seminar.

Echavez said that supposedly there were nine drug surrenderers, who would have graduated, but the other two tested positive for illegal drugs on the surprise drug test conducted before the graduation ceremony.

He said the seven drug warriors would undergo the after care program of the barangay which would mean that they would undergo a regular drug test to ensure that they were not using illegal drugs anymore.

Aside from that the Barangay Anti-Drug Abuse Council (Badac) will continue to monitor them and they will be endorsed to the the Technical Education and Skills Development Authority (Tesda) so that they can make a living since most of these drug warriors are unemployed.

(We have an offer from Tesda and those drug warriors, who will be willing (to work) will be recommended by the barangay to Tesda.)

Echavez said that there wer actually 15 drug surrenderers for the first batch, but one backed out at the start of the seminar, and the five others tested positive for illegal drugs since they would undergo drug test every two weeks, which was conducted by the City Anti-Drug Abuse Council (Cadac).

He said that the two of the five, who tested positive for illegal drugs were forwarded to the Cadac because they would need to be rehabilitated.

The other three were allowed to continue to attend the seminars because they had only showed minimum dependency and they would graduate this April, said Echavez.

He also said that the barangay according their barangay based data in 2016 from the PDEA had 165 drug users.

He said that they had decided to make it a batch of 15 so that the drug surrenderers could focus and learn from the seminars.