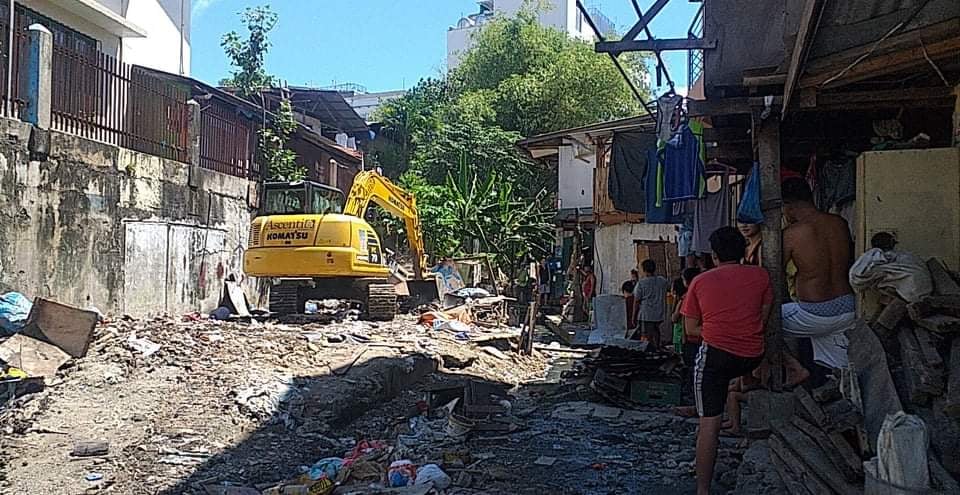 A backhoe makes its way through a densely-populated area in Barangay Ibabao-Estancia in Mandaue City for a road project that is expected to ease traffic along AC Cortes Avenue and prevent future fires in the area. | Contributed photo

MANDAUE CITY, Philippines – The construction of a P37.7 million road project connecting A.C Cortes Avenue and G. Ouano extension in barangay Ibabao-Estancia which is expected to be completed in five months will be a huge help to prevent future fires in the area.

The road project started last March 15 and is expected to last for five months.

Echavez said the project would be a big help to fire-prone areas as fire trucks could now enter the interior parts of the barangay.

He said the half-kilometer road project is a traverse road that covers sitios Papaya, Bayabas, Tarnate, and Tambisan.

He said about three fires had happened in the area, the latest one was last February 29, 2020, that razed at least 320 houses in two sitios in the barangay with damages pegged at P2.4 million.

He said this would also help to decongest the traffic in AC Cortes Avenue.

He added that the road project, which he requested in 2018, is funded by Congresswoman Emmarie “Lolypop” Ounao-Dizon. /rcg