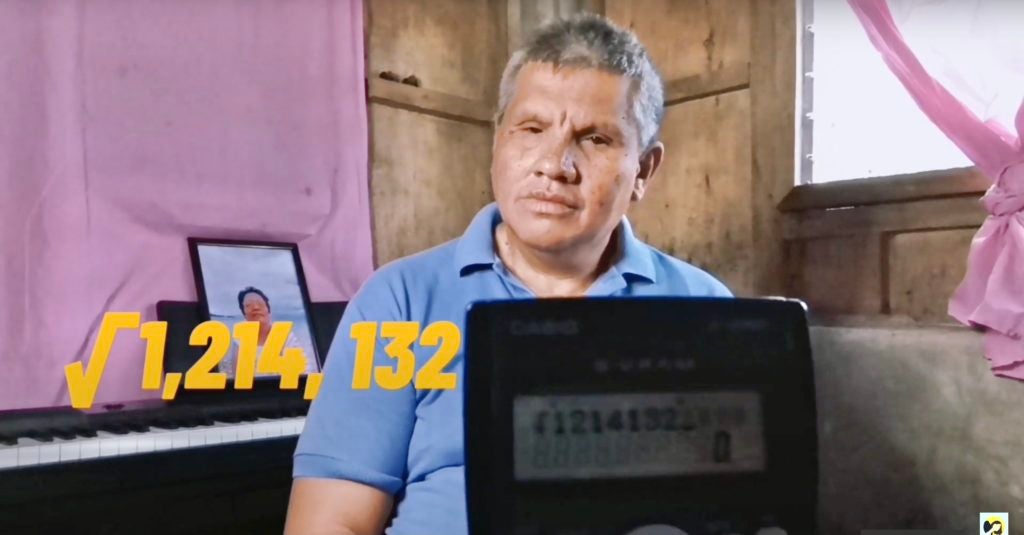 Without using a calculator, Pepard Bagares, 54, from Cebu City, can solve this on his head.

Despite being visually impaired, he proved his arithmetic capabilities shown in the recent vlog posted by her daughter, Mary Joy Bagares.

According to Mary Joy, her father became blind when he was still 5 years old. He suffered from Steve Johnson Syndrome, a rare skin disease that can lead to permanent vision loss.

According to Pepard, he was interested in numbers and computing since he was a child even without knowing how it looks like.

He discovered his mathematical ability through the use of bottle caps which helped him remember numbers.

“He just discovered it by nature,” Mary Joy said.

Pepard said that back when he was a child, he solved mathematical equations as a pastime and at the same time to ease the sadness he felt because of his condition.

Later on, he utilized the row teeth of a comb to remember and solve more complex math problems.

He never went to school to learn Braille and read books.

Aside from solving complicated math problems, he also sees, through calculation, the past and future dates. He can instantly answer the day of the week when he is asked random dates from the past or the future.

“This is pure talent. He is an underrated and undiscovered phenomenon of the Philippines,” Mary Joy said.